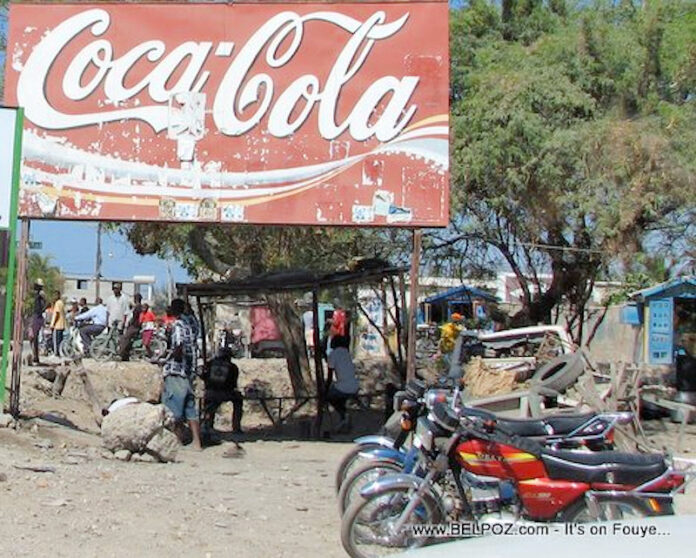 Haiti has become a de facto dictatorship, following President Jovenel Moïse’s decree extending his mandate for another 12 months, ignoring a Supreme Court’s ruling that he must step down.

President vows to cling to power as Haiti ‘on the verge of explosion’
The Haitian masses' enduring struggle to reclaim 'the land beneath their feet'
Haiti: Regime crumbling in the face of popular fury

In response, the Assembly of Haitians in Montréal against the Occupation of Haiti released the following statement on February 16:

Different sectors of civil society are protesting against the establishment of a fierce and bloodthirsty dictatorship in Haiti, which finally took full form with the de facto extension of indicted President Jovenel Moïse’s mandate on February 7.

Indeed, the Haitian Bar Federation, the Supreme Court, and the Higher Council of the Judicial Power (CSPJ) closed the legal debate after ruling, one after another, that Moïse’s term was over. But an analysis of this power grab cannot be done solely from a legal and constitutional standpoint.

If the regime insists on retaining power by force of arms, it is important to seek a deeper explanation outside of the sphere of law and the Haitian Constitution.

The first factor which explains this usurpation relates to the appetite of the “legal bandits” of the Haitian Bald Headed Party (PHTK). Claiming to be Duvalierists, they do not bother with institutional and legal frameworks to continue enjoying power. Didn’t former de facto Prime Minister Gérard Lafontant make it clear in 2017 when he said that PHTK will retain power for at least four decades?

The second factor corresponds to the insatiable appetite of the Haitian oligarchy, which wants at all costs to continue its process of accumulation and thus totally subjugate the urban and rural masses. This process only reinforces the Haitian bourgeoisie’s objective, which has always been to dispossess and exploit without the slightest consideration of the working classes of Haitian society.

In the aftermath of February 7, the date on which ended Jovenel’s constitutional mandate, the government not only launched a campaign of terror against all those who dared to criticise Moïse’s choice to remain in power, but it also announced a new cycle of dispossession of the working classes and the peasantry.

By a decree on February 8, the de facto president is now simultaneously the executive, judicial, and legislative branches of power.

He gave the local bourgeoisie, as a gift, much of the country’s agricultural land reserve, some 8600 hectares of fertile land in the Artibonite and Central Plateau departments.

In a country where nearly 40% of the population suffers from food shortages, this large expanse of land is now to be used to produce stevia as a sweetener for the multinational Coca-Cola. To put the operation in motion, the Moïse government granted the Apaid family, with whom Coca-Cola has a contract, US$18 million.

This is a scandal beyond words. While hunger spreads among the population, instead of investing in local agricultural production, the Haitian state is making the country’s agricultural land reserve available to a multinational company. As usual the South feeds the North!

Local lackeys, powerful individuals, the oligarchy, and multinational corporations enrich themselves while the people starve.

The regime is providing to this foreign project the use of the national territory to meet the needs of a multinational company, but this use also involves the exploitation of a labour force that works for slave wages.

By usurping power, Moise zealously obeys this demand and already gives himself the repressive means to crush all those who question his policy. The national police and militias receive their funding from the oligarchy, the governments of the United States, Canada, and the countries of the European Union.

The unconditional support of the major capitalist countries for Haiti’s de facto government is in fact a support for the interests of their own bourgeoisies, who invest billions in multinationals.

It is through the exploitation of the territories and peoples of the South that they exponentially increase their fortunes. It is these economic interests that explain the support of the “Core Group” countries, including the US, Canada, the EU, etc. for the bloodthirsty PHTK regime in Haiti.

Far from being the prerogative of the neo-Duvalierist right, this pro-bourgeois and anti-national policy is part of the political project of all governments which do not have a clear popular agenda aimed at transforming the dilapidated structures of this corrupt state.

The breakdown of institutions clearly shows that the traditional Haitian state can no longer be reformed. Social struggles today consist of building a sovereign state capable of meeting the needs of the population.

To get to this point, it is essential that the fight targets social justice and equality certainly, but also the Haitian people’s sovereignty and self-determination.

US woman arrested after refusing to return misplaced $1.6m

Taiwan will fight 'to the very last day' if China attacks