Tiger Woods knows how to make a comeback, but a serious car crash could be too much for even the GOAT to return from 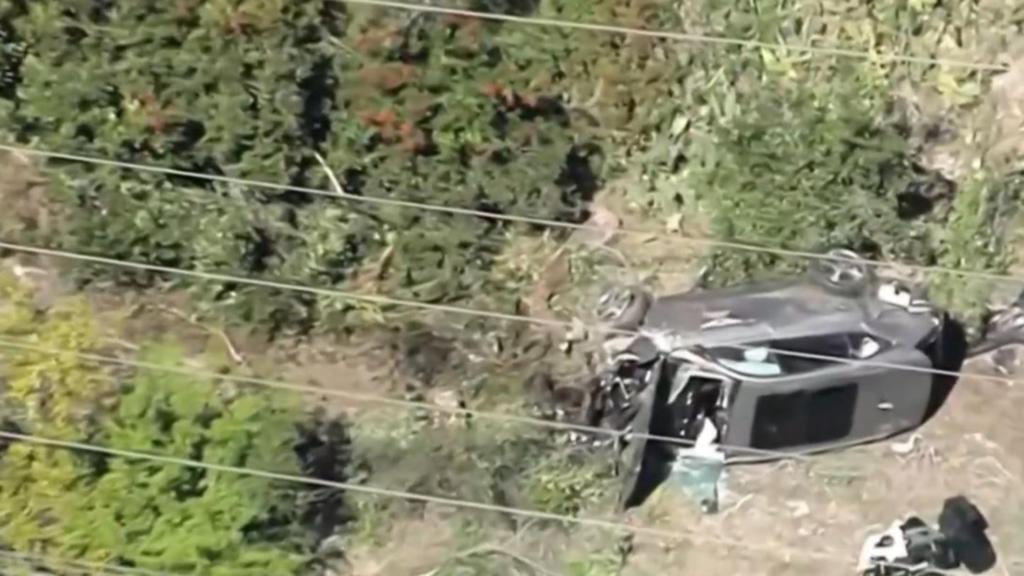 Multiple leg injuries could spell the end of one of the greatest sporting careers ever. But fighting back is what Tiger Woods knows how to do.

Woods, who has had to endure more back surgery, the latest in a long line of treatments that the now 45-year-old golfing GOAT has been through in recent years, couldn’t confirm when he’d be back playing.

Even the Masters in April seemed a long shot.

It was Augusta where he completed one of the greatest comebacks in sport, from the depths of serious injuries and the personal scandals that forced him to retreat from the all-conquering alpha male he’d been.

His 2019 Masters win, his fifth, was a story for the ages, the “new Tiger” embraced again, and feared again by those who see that red shirt close up on any given Sunday.

Now it’s not just getting back for the Masters which is at the forefront of the minds of golf lovers everywhere.

The phrase “multiple leg injuries” litters reports after Woods car crash in Los Angeles. Those are scary words any time.

Local authorities revealed they didn’t have to use the jaws of life to extricate him, which was a relief of sorts.

Just how bad his injuries are remains unclear, for now.

Woods is having surgery to correct those issues, and the only pleasing aspect out statements coming from his manager, Mark Steinberg, and the US PGA Tour, is that those issues are not life threatening.

It’s hard to know if they are career threatening also, and if anyone has the drive for another one of those “can you believe it” comebacks, it‘s Tiger Woods.

“I‘m a little bit stiff,” Woods said on Sunday, in the commentary booth at the Genesis Invitational.

“I have one more MRI scheduled ... then I can start doing more activities. Still in the gym. Still doing the mundane stuff you have to do for rehab, the little things before I can start gravitating toward something a little more.“

It was February 21, and he was only “gravitating” towards doing more things on the golf course, plotting another comeback.

He’d already lengthened his putter, to ease the strain on his back, such was the extra efforts he was going to, just to play again.

But he was smiling, because as Woods always does, he knew that for every word he said about how he was battling, he was doing four-times as much work behind the scenes to be Tiger again.

The scenes of his car on it’s side in California, reports that he had to be extricated from his SUV, the tears his close friend and fellow tour pro Justin Thomas nearly shed after hearing the news, all paint a grim picture.

That Woods, a dedicated father to his two kids, can recover, walk again, and be healthy, is a priority in such dire circumstances.

Whether it means his golfing career, his pursuit of more major championships, of the one more win he needs to break San Snead’s all-time PGA Tour record of 82 victories, is over, that can all wait.

One of Australia's most celebrated sailors dies in yacht capsize

NRL: Wests Tigers star Moses Mbye stands by comments that could force him out of the club

US investigates another Tesla crash