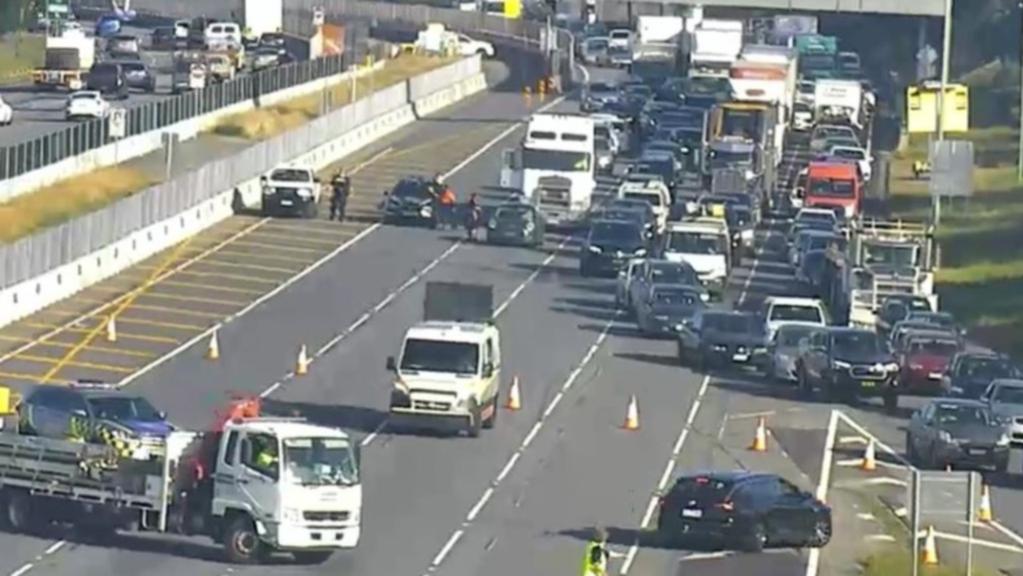 Commuters were caught in kilometres of traffic after a horror crash on a major freeway, as police hunt a driver who allegedly fled the scene.

The 7.15am collision on Monash Freeway caused the road to close, with pictures from the scene showing a massive backup of traffic.

Police said two vehicles travelled in convoy when one of them clipped a third car at high speed and caused it to roll.

The driver who was accused of causing the crash was then picked up by the second car and allegedly fled the scene.

Transport Department officials initially struggled to reach the scene because of the traffic congestion.

A man in his 20s was trapped in his car for a while after being struck.

He was freed by emergency workers and sent to Dandenong Hospital in a stable condition and with minor injuries.

The crash happened just after Springvale Road and all outbound lanes of the Monash Freeway were closed at Ferntree Gully Road, according to VicTraffic.

Traffic was redirected through Princes Highway instead.

The road closure lasted for about three hours, before the outbound lanes were opened up again shortly after 10am.

Police have appealed to anyone who may have witnessed the crash to get in touch.