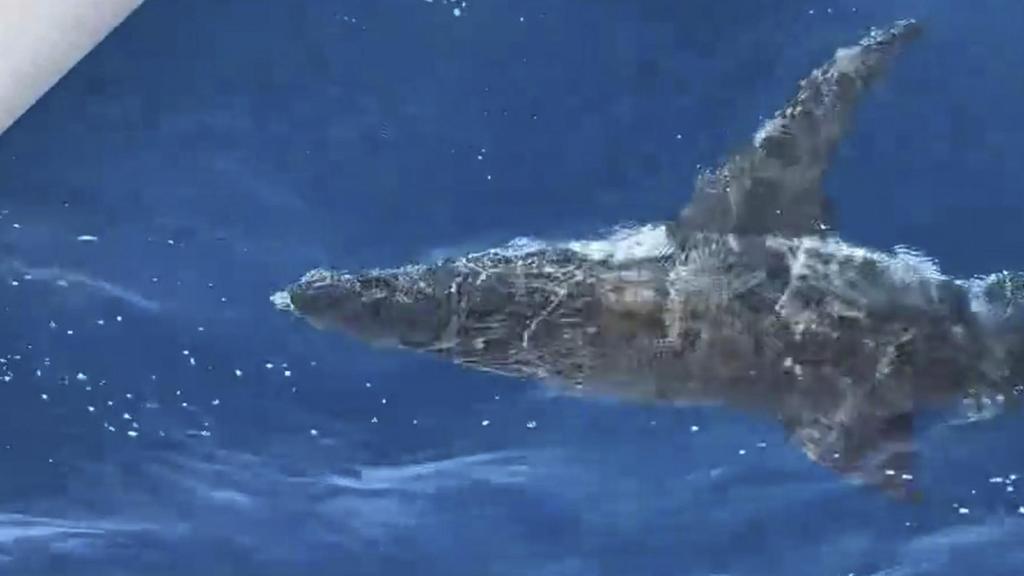 A man and his son have shared their frightening encounter with a great white shark off Rottnest Island, saying their inflatable rubber dinghy was “one bite” away from going down.

Brett Martin was fishing with his teenage son and friends about 4km off Majorie Bay when the 3.5m giant circled them on Friday morning.

“Really, all it had to do was open its mouth and take one bite of that inflatable airtube and the boat would have gone down,” he said. “I think we were all freaking out a bit. It’s a mixture of shock and awe. I was just thinking that’s one of the coolest things I’ve ever seen.” Mr Martin said the shark lingered for about 10 minutes before they decided leave.

“My son was saying, ‘dad we should get out of here’, and after we had a good look and interaction, we said it’s time to go,” he said.

There has been more than 20 shark sightings off the WA coast in the last week with 11 of them near Rottnest.

A shark warning was also issued for the Swan River yesterday after a bull shark was again spotted close to shore just a week after swimmer Cameron Wrathall was mauled at Blackwall Reach in Bicton.

The 2m bull shark was reported near Canning Bridge heading towards Perth about 12.45pm.

Mr Wrathall was bitten on the upper thigh and need multiple surgeries at Royal Perth Hospital.

Group rescued from Melbourne storm drains let off with warning

Minister at centre of historical rape claims to address allegations

How Bea Alonzo founded I Am Hope Organization | PEP Specials

Meanwhile... Henriette is 102 years old and still goes to work every day