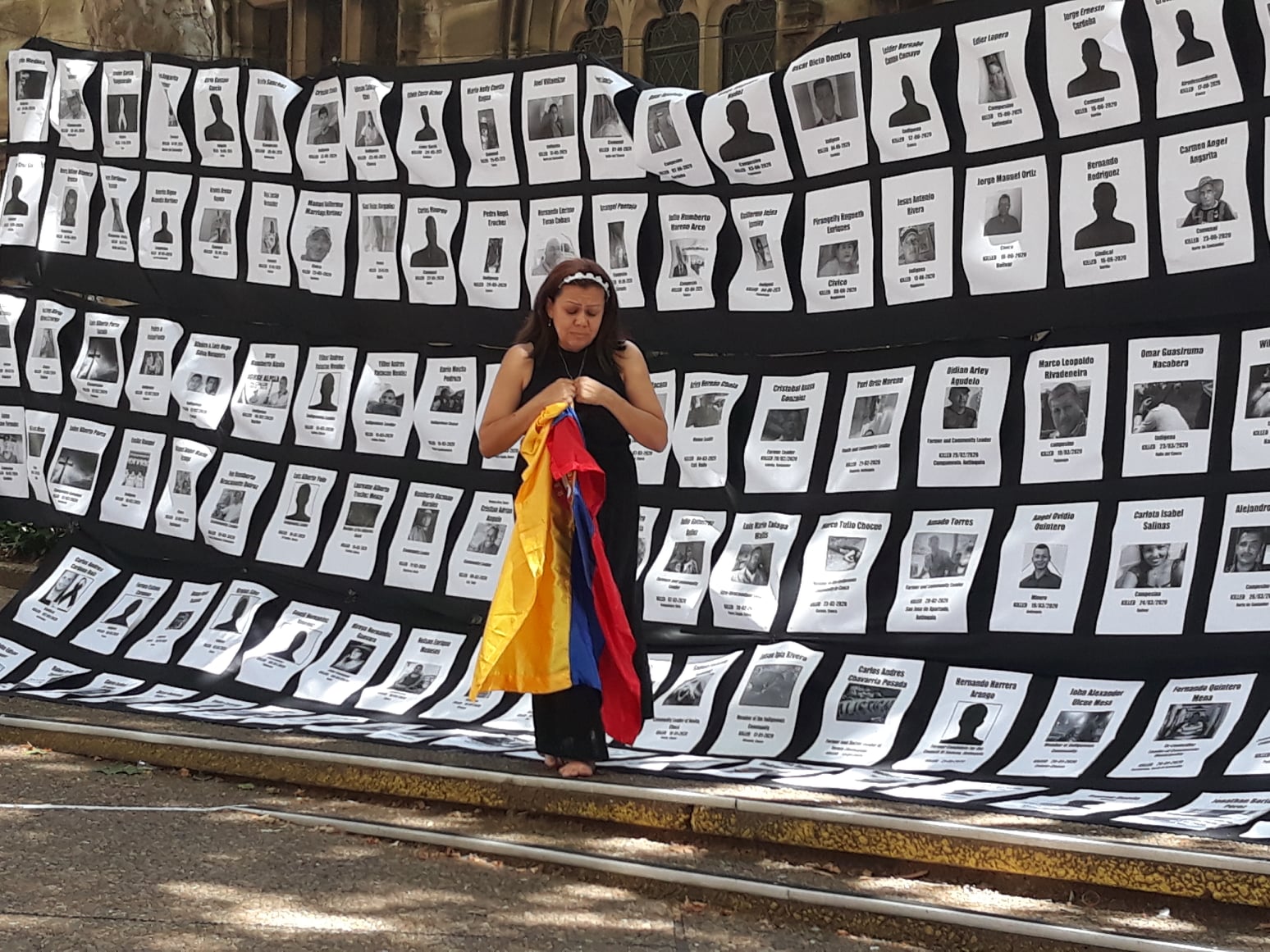 Human rights activists gathered to denounce the ongoing massacres and killings of social leaders in Colombia at a protest organised by United for Colombia (UfC) in Sydney Town Hall on November 21.

More than 250 trade union, farmer, Indigenous and community leaders have been assassinated in Colombia so far this year, as part of a broader wave of violence that has engulfed the country for many years.

United for Colombia issues appeal for peace and justice

The day after the protest, two more people were massacred (the 76th and 77th this year) including another social movement leader.

A statement was read out by UfC representative Liliana Parra calling on the Colombian government to respecting the right to protest, investigate these killings and massacres and bring those responsible to account.

The group also called on the international community and governments to support human rights and peace for Colombia.

Representatives from the Bolivian, Guatemalan, Peruvian and Mapuche communities in Sydney spoke, as did a representative of the Socialist Alliance and the Addison Road Community Centre.

The protest coincided with actions in Colombia and other countries.

Can ANYONE wear a HIJAB? #shorts