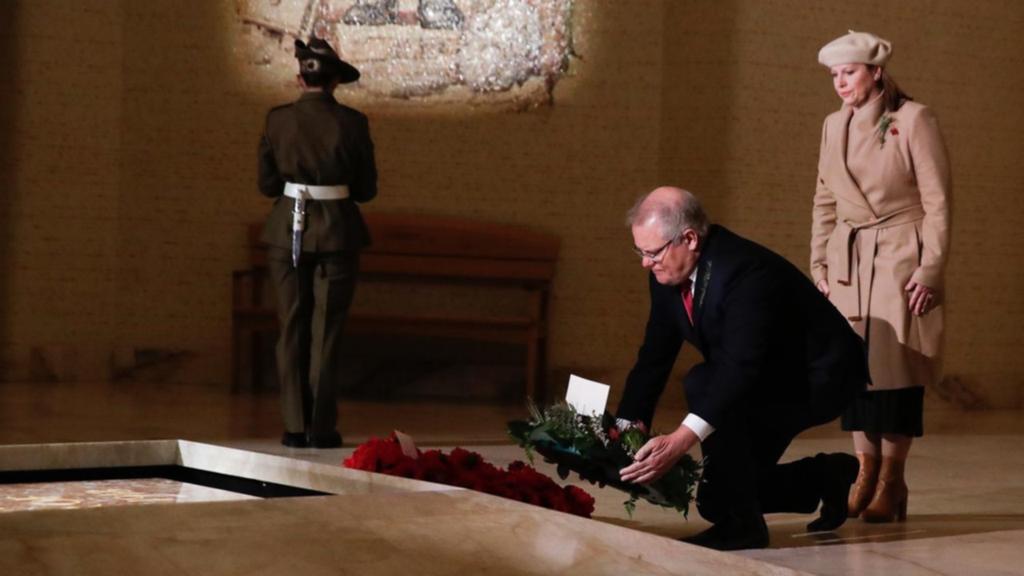 Scott Morrison says he wants Anzac Day services to return to normal this year after the pandemic meant traditional services and marches had to be cancelled on the national holiday last year.

The prime minister was asked about the plan to restrict Sydney's Anzac Day march to just 500 veterans, despite NSW clocking up 51 consecutive COVID-free days.

"I respect ultimately these are calls that have got to be made by state governments but I want Anzac Day on," he told reporters on Tuesday.

He was speaking just days after the Gay and Lesbian Mardi Gras at the Sydney Cricket Ground was allowed to have 36,000 revellers at the ticketed and socially distanced event.

The parade was preceded by a street protest of about 600 people on Oxford Street after activist group Pride in Protest was granted an 11th-hour exemption from COVID-19 restrictions.

"If people can party and if people can protest then we can remember as a nation, and honour our veterans on Anzac Day," Mr Morrison said.

"And I would like to see that done as fully and as safely as possible and I think that is not beyond our wits to achieve that," he said.

Last year's Anzac Day marches were cancelled across the nation and remembrance services were restricted to official dignitaries, with people urged to stand on their driveways at dawn with a torch instead.

Veterans groups say they are unhappy with NSW government plans to restrict the Sydney march to just 500 people and say the NSW RSL has failed to argue their cause.

"What irks me is that they can allow 5000 people to parade past 33,000 at the Sydney Cricket Ground for the Mardi Gras on Saturday night but only a handful of veterans for Anzac Day," Vietnam veteran Henry Chisholm told the Daily Telegraph.

The NSW RSL says the age of many veterans and lack of ticketed seating meant the safest option was to hold a ballot to be one of 500 marchers.

"If they want to review that and increase the numbers, we are happy, our health experts are happy to work with the RSL in relation to that," she said.

Up to 3000 people can attend sit-down events in NSW as long as COVID-safe practices are followed.

The RSL NSW website says it's working with police and councils to co-ordinate Anzac Day services.

"As the COVID-19 landscape evolves in NSW, updates and changes may be made to Anzac Day commemorations at any time," the website says.