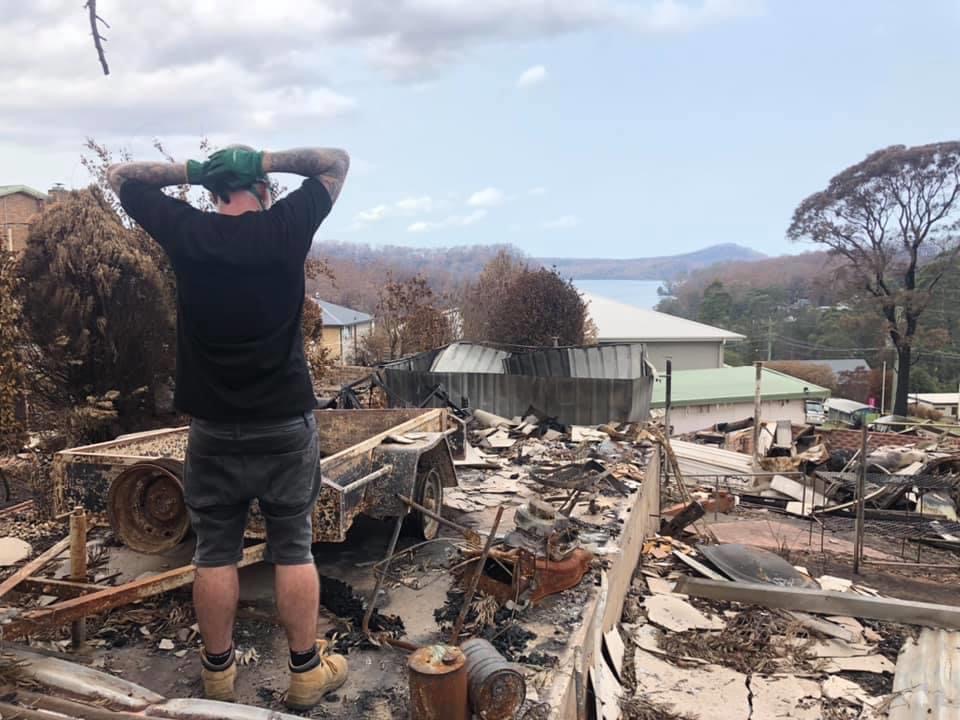 Ash Brennan will never forget New Year’s Eve 2019. At the height of what has come to be known as Australia's “Black Summer” bushfire emergency, he lost his house in a raging firestorm that hit Conjola Park on the New South Wales south coast.

Brennan was away in Perth, Western Australia, at the time but the fire nearly killed his brother and many others who stayed to fight.

He first saw what was left of his home in the background of a TV news report. He told Green Left that when he managed to get back to Conjola, “Nothing looked familiar. All I felt was trauma.”

After almost being wiped off the map, this traumatised community, like so may others hit by the fires, waited for help. But it never came.

I caught up with him over the phone this December 1, the day when West Papuans and their supporters raise the Morning Star flag of independence that is banned by the Indonesian government.

Brennan is a professional film-maker and film editor and earns a living covering major sporting events. But most of his time and energy this year has gone into making the documentary We Are Conjola about the people of the fire-devastated community.

As the approach of another fire season on Australia's east coast was heralded by a record spring heatwave, Brennan warns there are important lessons to be learnt from the Conjola bushfire.

“From the Prime Minister of Australia and all the way down to fire management agencies, there were many failures which led to this catastrophe," he said.

“For all of us who lost our houses, who suffered the trauma, who got badly burnt, and on behalf of those who sadly perished, we want our stories heard so this can never happen again."

“We are Conjola is a story of survival, a story of community and a celebration of art.”

The story is told by those who went through the catastrophe, with footage that shows fire like it has never been seen before. Brennan hopes that the creation of this film will be part of Conjola's recovery.

A trailer of the film can be seen below or here.

We are Conjola will have a special online release on the one year anniversary, NYE 2020, for those affected and donors over $20 before a brief run in South Coast cinemas.

To take advantage of this special online screening, you can donate via the Documentary Australia Foundation here. Donations are fully tax deductible.

COVID jab didn't hurt at all: the Queen

AstraZeneca vaccine to rollout in Australia this month

Johnson & Johnson vaccine could be viable option for Australia