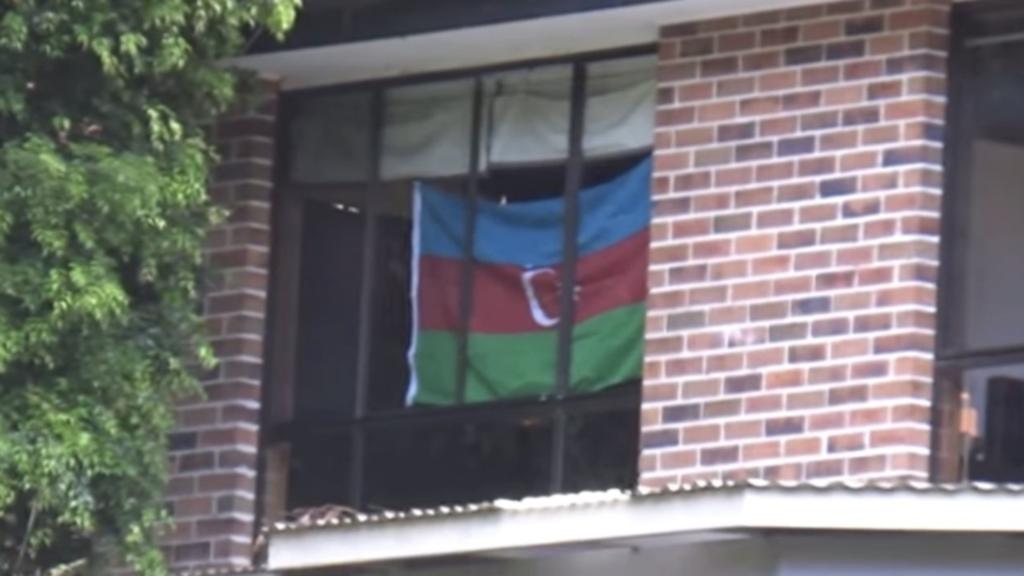 An outspoken MP is livid after two men entered his home during an open house to leave a provocative message.

Comedian Jordan Shanks, who goes by the name Friendly Jordies, filmed himself rolling up an Azerbaijani flag into his hands and walking into the Hughes member’s family home in Illawong in Sydney’s south last month.

The stunt is designed to mock Mr Kelly’s previous expressions of admiration for some of Azerbaijan’s political processes, having made several trips to the former Soviet nation.

He travelled to Azerbaijan in 2016 to observe its consti­tutional referendum and in 2018 as leader of a delegation to observe its presidential election.

Mr Kelly praised the use of photographic ID and ink placed on people’s thumbs to ensure they had not already voted.

He told local media in the Islamic nation it was a “coherent, democratic process”, though observers from the Organisation for Co-operation and Security in Europe said it had been neither free nor fair.

The Friendly Jordies video, which was uploaded to YouTube, was divided into two parts. The second shows another man walking back to a vehicle before Mr Shanks asked if the flag was still inside the house.

In pictures, it could be seen hanging from a window and it was visible from outside.

“We are currently undertaking operation p**s Craig Kelly off,” Mr Shanks said in the video, which is entitled “I Snuck Into Craig Kelly’s House”.

“He is selling his house and we are going there now to plant an Azerbaijani flag in there.”

In a statement, NSW Police said it was advised of the incident, and later confirmed to NCA NewsWire no offence was made and therefore officers had concluded their inquiries.

Mr Kelly, who recently quit the Coalition government’s ranks and moved to the crossbench as an independent, condemned the prank.

“I believe it was trespass and (I’m) disappointed that the police didn’t press charges, as it sets a very dangerous precedent,” Mr Kelly told NCA NewsWire.

“It’s not comedy; the nations of Azerbaijan and Armenia have recently been involved in a significant military conflict where there have been numerous deaths on both sides.

“I have found this (all) very distressing, as I have friends on both sides and have continually called for peace, ceasefires and negotiations.

“The act of the ‘comedian’ was (in my opinion) just to stoke and incite religious and ethnic hatred.

“It appears that it’s now open season on MPs – they can publish our home addresses in the media – and with this knowledge, people can lie and deceive to sneak into our homes and hang flags, banners and who knows what else in our bedrooms and get away with it.

“This diminishes our democracy, because in the years ahead who will want to be an MP?”

The five-bedroom, three-bathroom Illawong house, which sits on an 840sq m block, sold for $1.65 million three days later at an auction.

The Hughes MP told the St George and Sutherland Shire Leader newspaper on March 3: “Someone sneaked in during an open house inspection and hung an Islamic flag in the main bedroom. Police are investigating.”