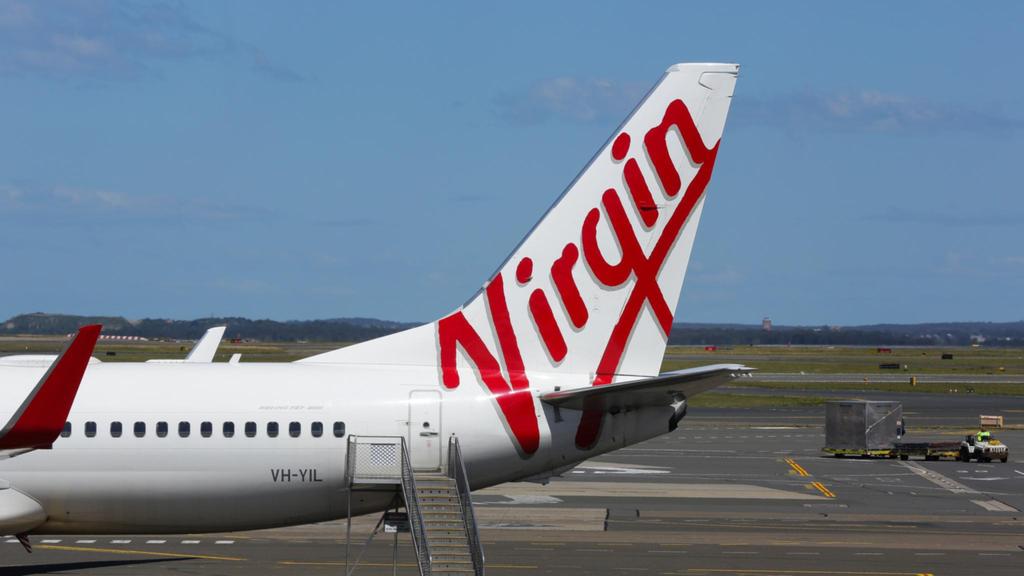 Virgin and other aviation companies have implored Scott Morrison to give special help to the decimated sector, fearing more huge job losses.

Joined by companies in the sector including Swissport, Menzies Aviation and Gate Gourmet, the group has dubbed the planned scheme “AviationKeeper”, saying there is an urgent need for a wage subsidy package beyond March when JobKeeper ends.

That was highlighted this week when Health Department secretary Brendan Murphy predicted international border closures would largely remain until 2022, they said.

“Recent events have also shown that domestic borders are likely to continue to periodically close with short notice,” Nick McIntosh and Emeline Gaske, assistant national secretaries for the TWU and Australian Services Union said in a letter to Scott Morrison on Friday.

“As unions and employers representing tens of thousands of workers and contractors across aviation, we urge you to implement an ‘aviation keeper’ wage subsidy to ensure that the aviation industry can sustain the lasting impact of the pandemic while maintaining and supporting its skilled and highly trained workforce.”

The scheme would be extended to all workers in the sector and phased out as domestic and international borders opened, confidence in aviation returned and flying went back to normal, the group proposed.

“Professor Murphy’s warning this week demonstrates that it will be far more than a year for anything resembling normality to return to our aviation sector,” the letter read.

“There are not only thousands of jobs on the line because of this but the very viability of multiple employers as well.

“For the sake of aviation workers and the families who depend on them we must work together to mitigate this.”

Mr McIntosh and Ms Gaske said the past 12 months had been extremely difficult for the sector as a consequence of virus-prompted border closures, losing at least 11,000 workers to redundancies, with a further 2500 ground handling and cleaning workers outsourced by Qantas at 10 Australian airports.

Asked for a response to the group’s call, Mr Morrison’s spokesman pointed to his reply on Thursday when asked if the federal government would extend support to the ailing tourism and transport sector.

“I think Australians would agree that taxpayers’ money can’t be used endlessly to run the Australian economy,” Mr Morrison said.

“That is not a sustainable way forward. That just piles up debt.

“And we’ve got a lot of it now that was necessary to do.

“My approach on these things is ‘every dollar you need to but not a dollar you don’t have to’.

“You’ve got to get that balance right for the taxpayers. And I think that’s been the right balance we’ve struck.

“Businesses have got to make calls themselves about what they’re going to do.”

Hailstones rain down in Cheras

Viral footage of double knockout more than meets the eye

'I think he's going to be much more measured': The Roar on Kyril-Louis Dreyfus