Thai soldier kills as many as 20 people in shooting rampage 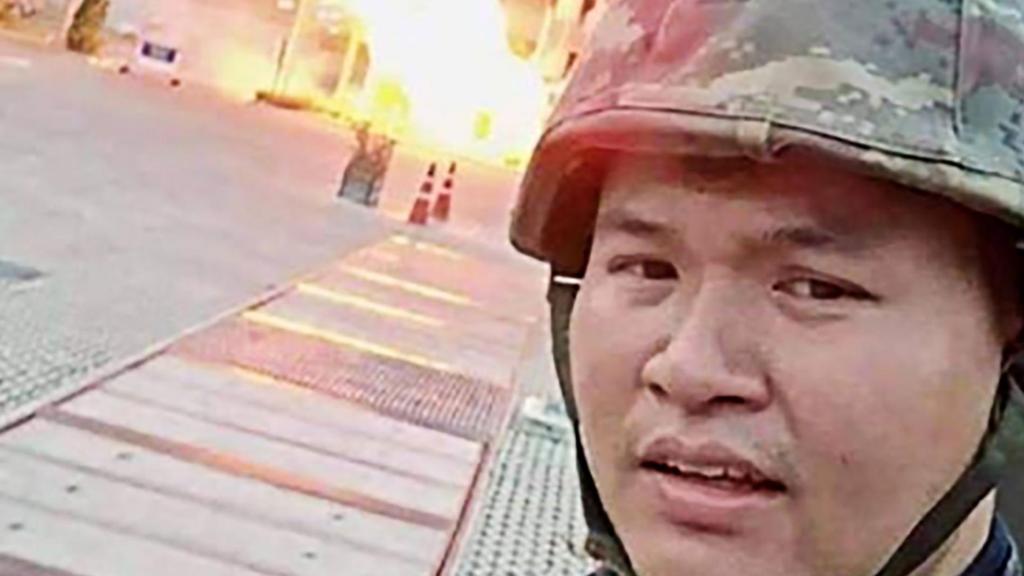 A Thai soldier armed with a machine gun has shot and killed up to 20 people near Bangkok, livestreaming the massacre on Facebook.

One ambulance service official in the city said the death toll was as high as 20.

“We don’t know why he did this. It appears he went mad,” said defence ministry spokesman Kongcheep Tantrawanit.

“The gunman used a machine gun and shot innocent victims resulting in many injured and dead,” a police spokesman said.

A police officer contacted by phone in the city of Nakhon Ratchasima said the soldier had a quarrel about a land deal and shot two people who were involved, another soldier and a woman.

The police officer, who asked not to be identified because he was not authorised to release information, said the man took a gun from the military base where he is stationed outside the city and drove to the shopping mall, shooting along the way.

The city is also known as Korat and is located more than three hours drive from Bangkok.

The mall was shut down and the street outside was closed while the authorities tried to arrest the gunman.

According to the Bangkok Post, Sgt. Maj. Jakrapanth Thomma, 32, killed his commanding officer then gunned down at least 12 people and livestreamed the attack on Facebook Live.

The slain commander has been identified as Col. Anantharot Krasae, with whom the gunman was reported to have had a conflict.

A 63-year-old woman said to be Col. Anantharot’s mother-in law was also killed at the camp, along with another soldier.

Video posted on social media show the gunman walking through the shopping mall fully armed with some reporting he has hand grenades on him.

A witness who was inside the mall before the attack told AFP the shopping centre was thronging with shoppers on a long weekend.

“There were loads of people at the mall today,” a 32-year-old from the city said, requesting anonymity.

“I was pretty shocked when I found out because I just left the mall not long before.”

Street lights below the shopping centre were switched off as army and police units sealed off the Terminal 21 mall.

The attack is reminicent of Brenton Tarrant’s attack in Christchurch, New Zealand, which he live streamed on Facebook.

The social media company was forced to address what it allows on its platform amid outrage that the video was able to be shared for anyone to see.

The gunman posted photos of himself and wrote several posts on his Facebook page including “should I surrender” and “no one can escape death”.

In one Facebook video — since deleted — the assailant, wearing an army helmet, filmed from an open jeep saying, “I’m tired ... I can’t pull my finger anymore” and making a trigger symbol with his hand.

According to the Bangkok Post, three were slain on the Surathampithak army base before the attacker drove a stolen Humvee to the Terminal 21 shopping mall in Muang district, killed and wounded others, and reportedly took hostages.

Local media showed video of the gunman getting out of a vehicle in front of the mall around 6pm local time, and firing a series of shots, which sent people running.

Gunshots could be heard on the video.

The gunman shot at a cooking gas cylinder inside the mall’s food court, causing it to explode and catch fire.

Troops have been dispatched to the mall, where the attacker is said to be holding 16 people hostage on the fourth floor.

Authorities have located Thomma’s mother in the hopes that she can persuade him to give himself up.

The city — better known as Korat — is home to one of Thailand’s largest barracks in a country where the military is enmeshed in politics and society.

Thailand has one of the highest rates of gun ownership in the world but mass shootings by soldiers targeting civilians are rare.

In one high-profile case, a two-year-old boy was among three people killed in Thailand when a masked gunman robbed a jewellery shop last month.

Late last year two lawyers were shot dead by a clerk at a court in the east of the country during a hearing over a land dispute.

US lawyer sentenced for killing wife on cruise

US basketball star marries the man she helped free from prison

Research claims universe to 'fizzle' out slowly, not end as big bang