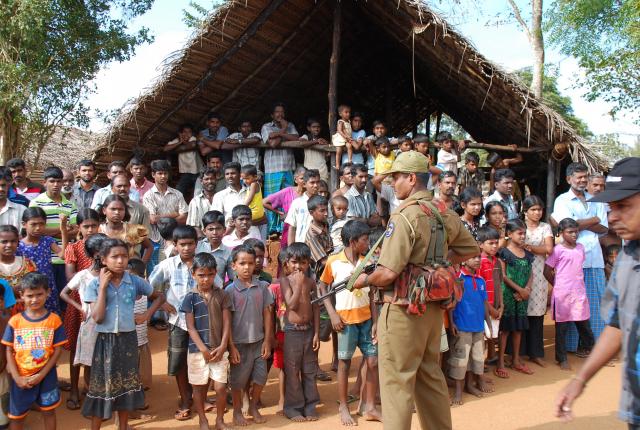 Gotabaya Rajapaksa, regarded by many Tamils as a war criminal, won the Sri Lankan presidential election on November 16 with 52.3% of the vote. His main rival Sajith Premadasa received 47%. There were 35 candidates.

Rajapaksa won support on the basis of Sinhalese chauvinism. He was defence secretary in 2009, when the Sri Lankan armed forces massacred tens of thousands of Tamils in the final stages of their war against the Liberation Tigers of Tamil Eelam (LTTE). The LTTE were fighting for an independent Tamil homeland in the north and east of the island of Sri Lanka.

Premadasa is not much better. Before the election he was housing minister in a government that continued to oppress Tamils. The government maintained a heavy military presence in Tamil areas, seized land from Tamils for military bases and Sinhalese settlements, continued to hold political prisoners and allowed the army and police to abduct and torture Tamils.

Nevertheless, most Tamils, as well as members of other minority groups, voted for Premadasa as a lesser evil. Some Tamils urged a boycott of the election, but this had limited support.

Tamil politician and former Member of Parliament, M K Shivajilingam, was also a presidential candidate, but failed to get the support of the main Tamil parties, which urged a vote for Premadasa.

Shivajilingam won 12,256 votes, or 0.1% of the island-wide vote, though the proportion was higher in Tamil areas.

People Liberation Front (JVP) candidate A K Dissanayake came third with 3.2%. Although claiming to be left-wing, the JVP has a history of Sinhalese chauvinism.

Environmental activist Ajantha Perera, representing the Socialist Party, got 0.2% of the vote. Duminda Nagamuwa of the Frontline Socialist Party got 0.1%. Several other socialist candidates got smaller votes.

The Australian Tamil Congress (ATC) responded to Rajapaksa’s election with calls on the Australian government to use its relationship with Sri Lanka to ensure human rights are protected.

According to the ATC, Rajapaksa stated during his campaign that he would not recognise an agreement between the Sri Lankan government and UN Human Rights Council to investigate alleged war crimes during the war on the LTTE.

The families of Tamils who went missing after being taken into custody by the Sri Lankan armed forces have been maintaining a 1000-day roadside protest in the northern city of Vavuniya. According to the ATC, there are “legitimate fears of further violence and persecution of communities” who did not vote for Rajapaksa.

The ATC is calling on Australia to “monitor and ensure that the rights of human rights defenders, journalists and Tamil activists are not curtailed and that the Tamil community, which has been subjected to persecution, violence and abuses by successive Sri Lankan governments for decades, is yet again not punished for simply exercising their democratic will”.

US 'rejects' Beijing's claims over the South China Sea

US coronavirus deaths take a long-expected turn for the worse

WHO experts to visit China for COVID-19 probe

EU to reopen borders to 14 countries, including Australia