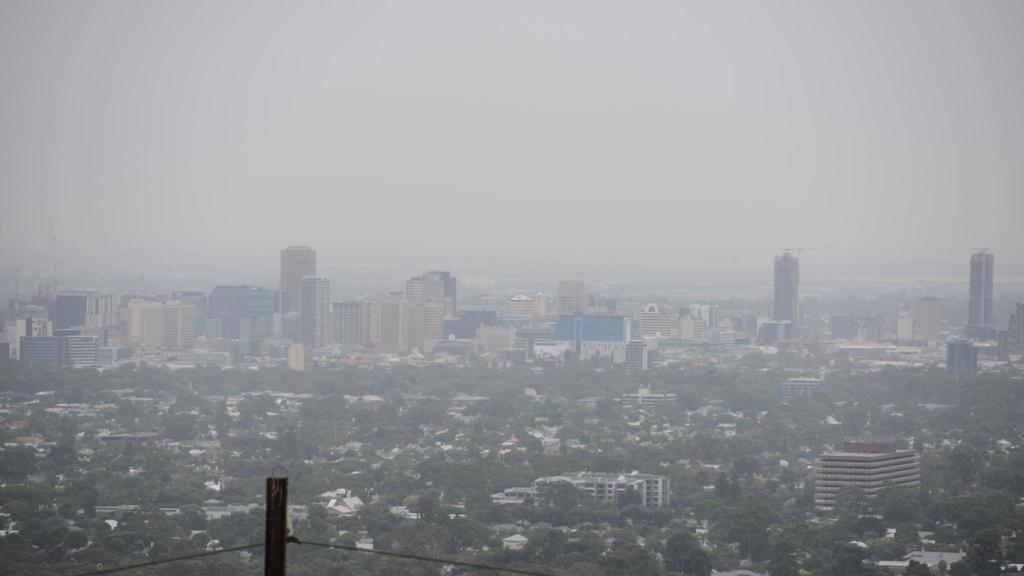 Adelaide’s air quality was ranking among the worst in the world this morning as smoke from the Kangaroo Island bushfires drifted across the city.

The city recorded an Air Quality Index of 168 at about 6.30am, making it the 11th worst city in the world for air quality and pollution in the world at the time, according the AirVisual website.

And by 10.30am, the city was recording an AQI of 57, the same as Shanghai, China and Johannesburg, South Africa.

Emergency services were inundated with Triple 0 calls from Adelaide residents this morning as thick smoke from the KI bushfires blankets the city.

SA Police said there had been an increase in the number of calls to Triple 0 reporting smoke and urged residents to consider if it was from the Kangaroo Island blazes before they dial Triple 0.

“While we don’t want people to be complacent about the risk of fire, bear in mind smoke may be from the KI fires,” it said in a statement.

Police said the smoke caused hazy conditions on roads and asked motorists to slow down, allow extra space between vehicles, be patient and turn headlights on.

SA Health warned the smoke “could pose a serious threat to health, particularly for vulnerable people with lung or heart conditions”.

“We are using people to stay indoors where possible, avoid physical exercise outdoors and reduce their exposure to smoky air,” she said.

“People should keep windows and doors shut and ventilate the house once the smoke clears.

SA Health said people with asthma and other respiratory conditions should follow their actions plans, including carrying their prescribed reliever medication with them at all times.

Chinese village sealed off after death from bubonic plague

Donald Trump says he will ban TikTok in the US

China tells US to close consulate in Chengdu