Australians to travel to New Zealand 'by end of year' 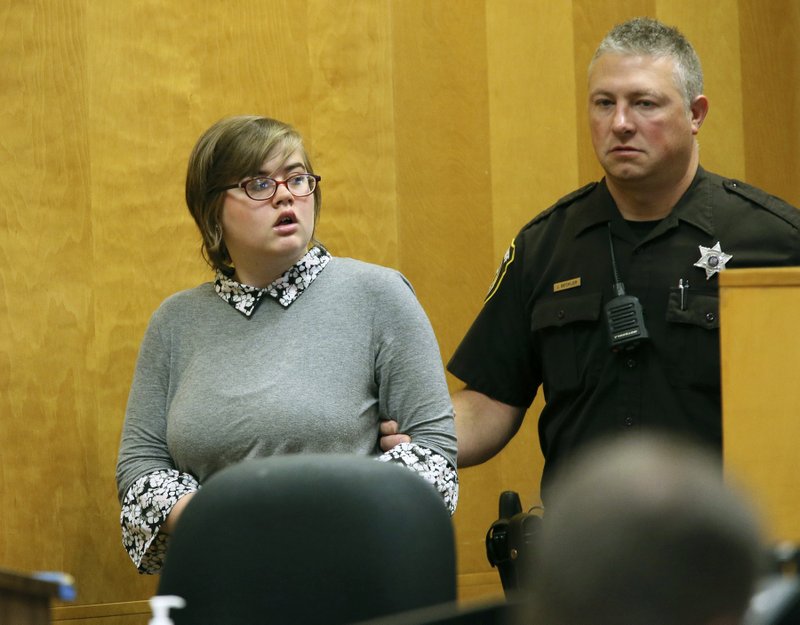 One of two Wisconsin girls who repeatedly stabbed a classmate because she believed a fictional horror character named Slender Man would attack her family if she didn't kill the girl lost an appeal Wednesday.
Morgan Geyser was 12 at the time of the 2014 attack, which Payton Leutner survived.
Geyser's attorney Matthew Pinix had argued that she should have been charged with attempted second-degree intentional homicide, which would have placed the case in juvenile court.
Instead, she was charged with attempted first-degree intentional homicide, which put the case in adult court.
But Wisconsin's 2nd District Court of Appeals found that the Waukesha County Circuit Court correctly kept the case in adult court, saying it found probable cause that she had committed attempted first-degree intentional homicide.
Mr Pinix said he planned to appeal Wednesday's ruling to the Wisconsin Supreme Court.
READ MORE:'We were trying to kill her': Chilling interviews with Slender Man attempted murderers revealed
"Morgan's fight is not over," Mr Pinix said.
"The court of appeals dodged serious issues in the case and admittedly struggled with some of the areas of law."
Waukesha County District Attorney Susan Opper, who prosecuted the case, declined to comment.
Geyser pleaded guilty to attempted first-degree intentional homicide in a deal with prosecutors to avoid prison.
She was found not guilty by reason of mental disease or defect.
Geyser and co-defendant Anissa Weier lured Payton Leutner from a sleepover to a nearby wooded park in the Milwaukee suburb of Waukesha.

READ MORE:Teen Slender Man attacker breaks down in sentencing plea
Geyser stabbed Leutner 19 times, as Weier encouraged her, leaving the girl for dead. All three girls were 12 at the time.
Ms Leutner recalled in a 2019 interview with ABC News how, before the stabbing, Weier told her to lay down on the ground and cover herself with sticks and leaves, as part of what Ms Leutner believed to be a game of hide-and-seek.
After the stabbing, Ms Leutner said she eventually got up, grabbed trees for support, and made her way to a road where a bicyclist found her and called for help.

Geyser was ordered to spend 40 years in a mental health institution because she was the mastermind and did the stabbing, prosecutors said.
Weier was committed to a mental health facility for 25 years.
Geyser's attorney argued on appeal that Geyser couldn't really understand what rights she gave up when she agreed to speak alone with a detective while she was in custody and confessed to the stabbing.
The appeals court said it didn't need to rule on whether the lower court made a mistake in allowing the comments to police.
Even if the lower court was wrong, "such error was harmless beyond a reasonable doubt due to the additional, unchallenged and overwhelming evidence in this case," the appeals court said.
The case drew widespread attention in part because of the girls' fascination with the Slender Man character.

READ MORE:Police release crime scene photos of 2014 'Slender Man' stabbing
Slender Man was created online by Eric Knudson in 2009 as a mysterious spectre photo-edited into everyday images of children at play.
He's typically depicted as a slim, spidery figure in a black suit with a featureless white face.
He has grown into a popular boogeyman and has appeared in video games, online stories and a 2018 movie.

'It looked kind of interesting': Man finds huge diamond at a park

US police officer indicted in Breonna Taylor case, not for her death

Family looks back on anniversary of Steve Irwin's death

Why Victoria's 14-day average is pivotal to reopening

Right to protest and pandemics discussed

'We need planes in the air': Push for internal borders to come down