Buy now, drink later: How you can support your local pub 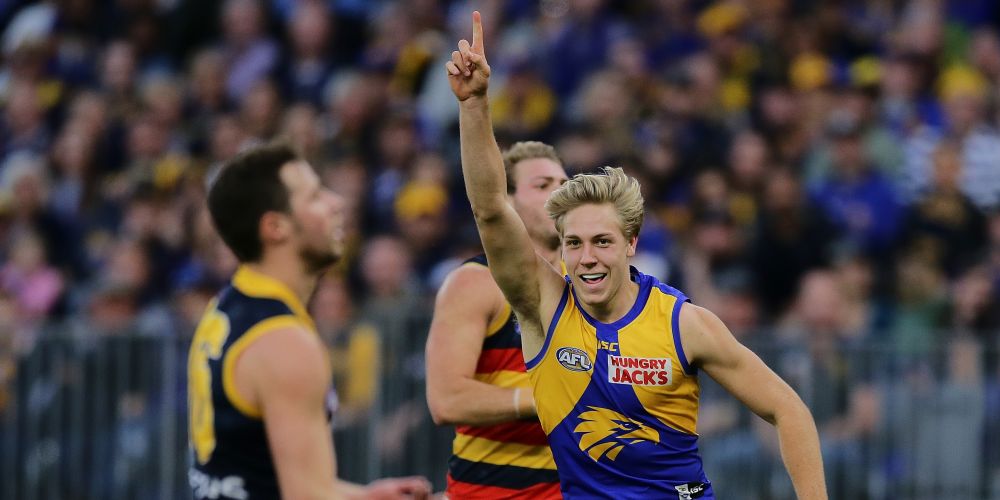 EAGLES young gun Oscar Allen was the Round 21 AFL Rising Star nominee following his impressive performance at Optus Stadium against Adelaide on Sunday.

“I just want to help the team in any way I can, and in whatever role I’m asked to play,” Allen told AFL.com.au after receiving the nomination.

“With our key position stocks I knew I’d probably have to be able to play a couple of different roles to get a game, so the more roles I can play the better chance I have.

“Being exposed to different positions has been a good thing for my development because it’s allowed me to learn from a number of senior key position players in our side.

This includes spending some time in the ruck.

“I rucked in colts footy (for West Perth) – obviously it’s a lot different between the levels but I still had a tiny bit of ruck experience,” he said.

“It was always going to be very gradual, and I’m really enjoying it.”

Of all the players eligible to take out this year’s Rising Star award, Allen is ranked second for total one percenters, third for total hit-outs and goal assists, fourth for total contested marks, and fifth for total marks inside 50.

He is the second Eagle to be nominated for the award this year, with Jack Petruccelle winning the Round 5 nomination following his five-goal performance against Port Adelaide at Optus Stadium.

Trends from previous Powerball wins revealed ahead of $80m draw

Devastated loved ones mourn Victorians who died of COVID-19