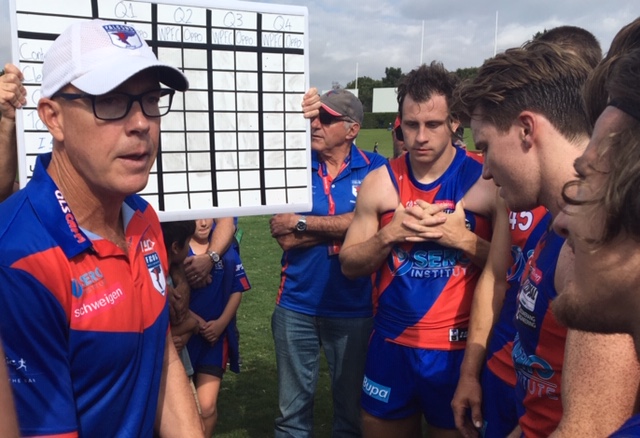 WHEN we take on Perth at Lathlain this Saturday we’ll be trying to build on the momentum from our previous game.

Our last quarter against East Fremantle was probably the best we’ve played all year.

We’ve had a good week and a half on the training track and we’re looking to build on that. We kept our training the same (each side of the WA-SA state match bye weekend), except for those who needed a running session on the Saturday. Some went back to community football, and Aaron Black and Shane Nelson came through the state game without injury concerns.

There won’t be too many changes for the Perth game. A couple of young players such as backman Tom O’Donnell, a Whitford JFC product, have been coming on really well in the reserves and will be in the mix. Noah Pegoraro will be available after coming back from his hamstring and Connor West was good in the reserves the week before.

Andrew Strijk was out at training running laps, which was a good sign. I don’t know if he’ll get up for the Perth game but it was pleasing to see him out there.

US protester donates water to police in 'wonderful' peace-offering