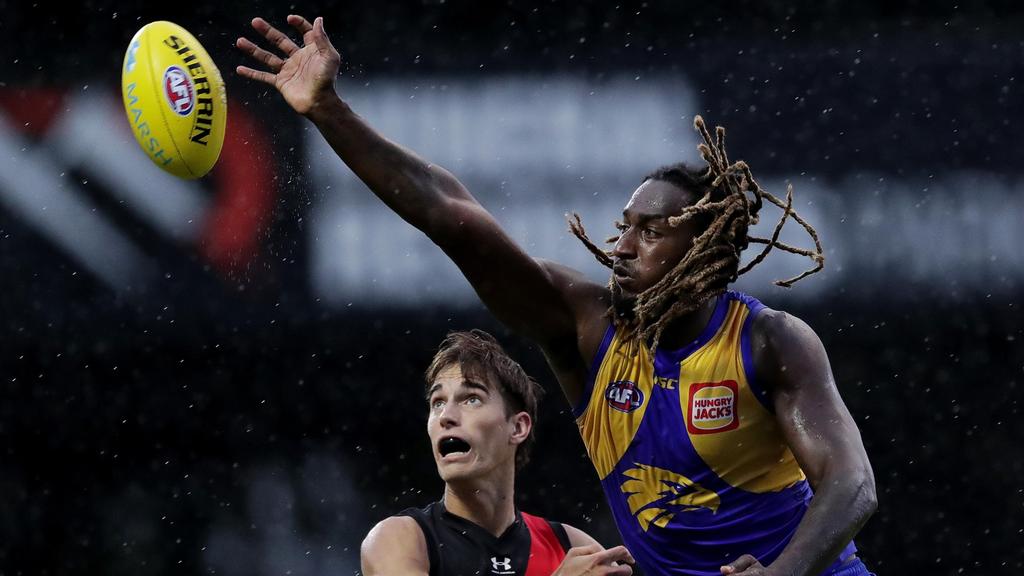 Nic Naitanui and his West Coast teammates are preparing to relocate to Victoria for the AFL season restart amid Western Australia’s tight border restrictions.

WA premier Mark McGowan has made it clear he is not going to open up the state’s border “just to meet the needs of football”.

It means West Coast and Fremantle can’t be part of a fly-in, fly-out model, which looms as the most likely option to reboot the season for the league’s other 16 teams.

Star Eagles ruckman Naitanui says the WA clubs are expecting to make a sacrifice and temporarily relocate to Melbourne to play games until border restrictions are lifted.

“The government laws are different in each state and Western Australia has been one of the only states that have that two weeks quarantine, we can’t really fly in and out like the other states,” he told SEN.

“Fingers crossed they give us an exception but if not, we might have to relocate to Victoria and it might be a little training hub for a while.

“It’ll be interesting but fingers crossed we don’t get to that stage.”

West Coast and Fremantle are opposed to hubs and, like the other 16 clubs, want to see a more traditional home-and-away model.

McGowan said if WA clubs were forced south it would be a serious disadvantage to them.

“Our football teams have been disadvantaged by football hierarchy for a long period of time,” McGowan said.

The AFL’s “doomsday” hubs scenario has not been received well by players, who have baulked at the prospect of up to 20 weeks locked away from loved ones.

But an extended hub set-up now won’t happen with the COVID-19 situation improving across the country and some restrictions set to be eased as soon as Friday.