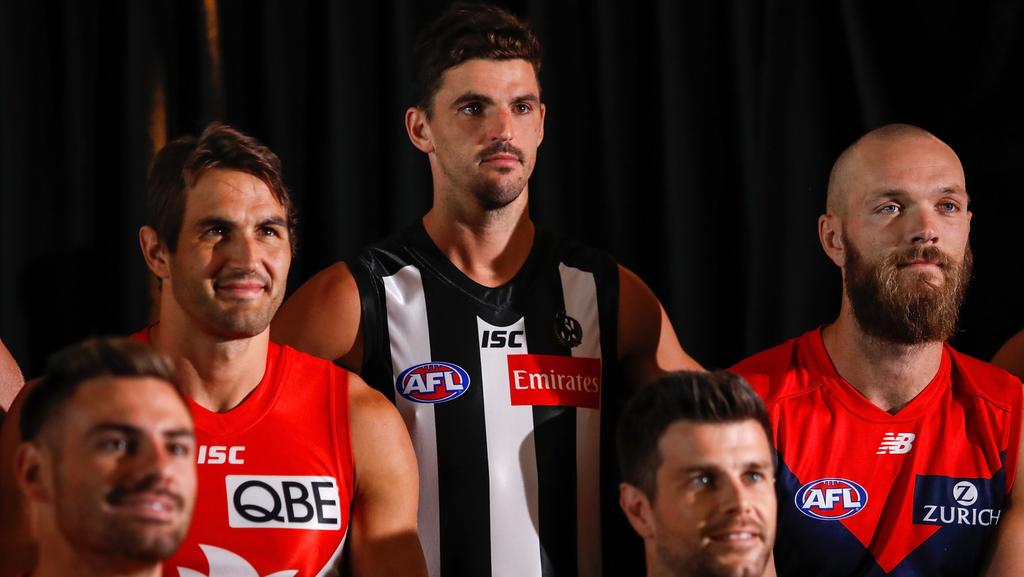 The news comes after he was isolated from teammates for two training sessions due to experiencing flu-like conditions.

It is still unclear, however, if the 32-year-old will feature in his side’s season opener against the Bulldogs on Friday night.

The test results are a huge relief for the AFL, with serious doubt already lingering over the AFL season without the added concern of a player contracting the deadly virus.

Collingwood captain Scott Pendlebury was reportedly in quarantine away from his teammates after exhibiting flu-like symptoms.

It is unknown whether the 32-year-old has been tested for COVID-19.

According to a News Corp report, Pendlebury has missed two training sessions.

The development puts him in doubt for the Magpies’ season opener against Western Bulldogs on Friday night.

A positive test by any player or club official for COVID-19 could have huge ramifications for the AFL amid the coronavirus crisis.

As of Monday morning, the league is poised to hold fixtures in front of empty grandstands this week.

But a series of meetings between major stakeholders - including the league, clubs, government and health authorities - will continue throughout the day and the situation could change at any moment.

The AFL Players’ Association is set to consult club delegates to address the situation and invite feedback from all 1240 male and female players via a teleconference.

It comes as Richmond and Carlton continue disjointed preparations for Thursday night’s AFL season opener, with AFLW matches also set to be played as scheduled this week.

But the VFL is set to be suspended for the foreseeable future in a move that follows the Tigers’ decision to put their VFL program on hold.

Richmond could unfurl their 2019 premiership flag in front of empty stands at the cavernous MCG, which has been filled with more than 85,000 spectators for the last two season openers.

Tigers captain Trent Cotchin said the cancellation and postponement of sporting competitions around the world “raises an alarm” for the AFL.

He predicted it would be an “eerie” feeling to play in front of no fans.

“For me, first and foremost, the health and safety of our players is absolutely paramount and then that obviously extends to our families and so forth as well,“ Richmond skipper Cotchin told SEN on Monday.

“So I would like to think that the decisions that are being made are purely the safest decisions and not based around just getting just a show on for our fans.”

Essendon chief executive Xavier Campbell is expecting his club’s round one fixture against Fremantle at Marvel Stadium on Saturday to go ahead, at this stage.

“That could shift and that could change, but that’s what we’re preparing for and it’s a challenging one,” Campbell told SEN on Monday morning.