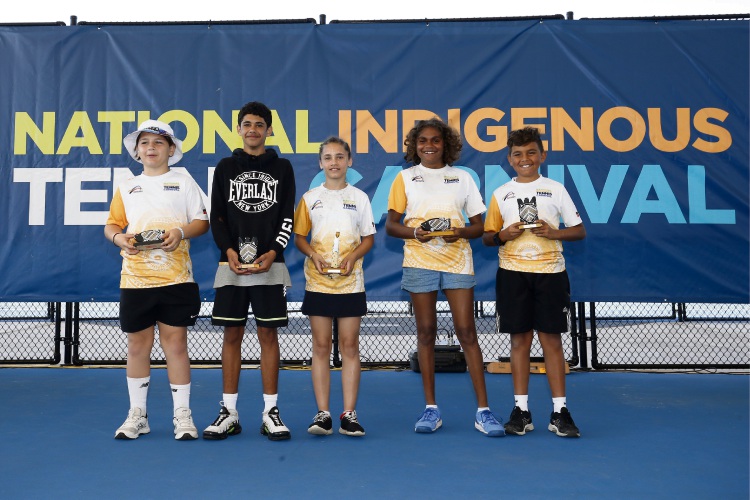 “I was very nervous but excited – my team overall were the youngest,” she said.

“It was a short time with small groups but we bonded rather quickly.

“I only play tennis for fun but I didn’t expect to play on a competitive level and I pushed myself to win most of my games with my partner.”

Tennis West chief executive Michael Roberts said the NTIC was a great initiative that built a sporting pathway available to Indigenous athletes and also provided them with an opportunity for cultural activities and celebrations.

“The National Indigenous Tennis Carnival is a great celebration of culture and tennis and the Tennis West team wish to congratulate our young Indigenous players on such outstanding results,” he said.