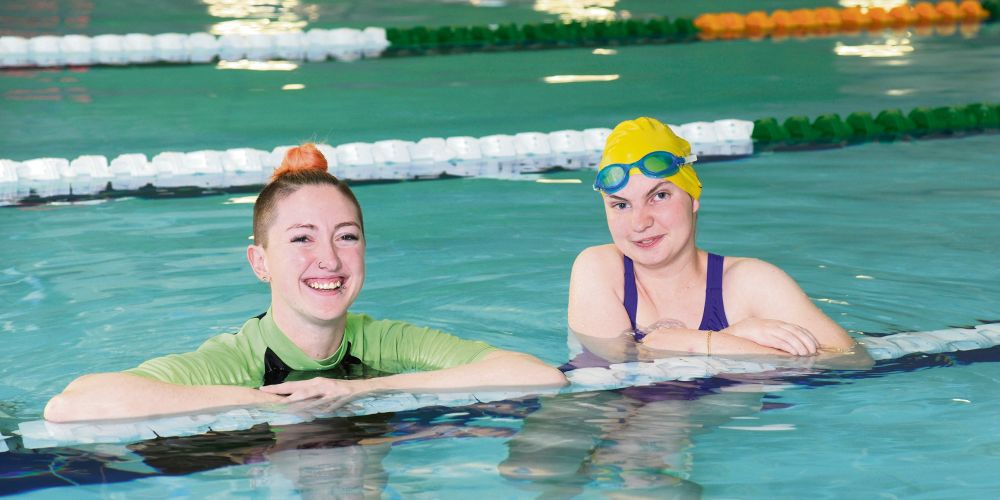 SWIMMERS are looking forward to competing in the Dolphin Olympics in Wanneroo this weekend after last year’s event was cancelled due to pool repairs.

The August 18 event will see more than 100 participants of Wanneroo Aquamotion’s Dolphins Program become competitors in races geared to their individual abilities, from 50m laps to 5m pool-noodle races.

The program caters for people with a wide range of special needs and has 180 students aged two to 37 enrolled.

Three swimmers are in each race, ensuring everyone gets the chance to stand on the podium while being presented with their medal.

“This event is an annual highlight that so many look forward to,” she said.

“Last year the Dolphin Olympics were not able to take place due to the pools being retiled, so we are really looking forward to August 18 and we can see the swimmers back in action.”

She began swimming lessons with the Dolphins Program as a four-year-old with cerebral palsy and it continues to be an integral part of her week 14 years on.

“Initially we just wanted something so she could learn to swim,” her mother Wendy Langford said.

“She loved swimming straight away and as she got older and tried different things, this was the only after-school activity she really enjoyed.”

Mrs Langford said as well as being a great physical therapy by strengthening Beth’s muscles and freeing up movement in her body, there was a great social aspect for making friends.

Beth has competed in all the Dolphin Olympics except for one, when she had surgery.

“She proudly keeps all of her medals and really looks forward to it each year,” Mrs Langford said.

“She was so little when she started in the Dolphin Olympics, and when she was in mainstream school, it was great that she could take in her medals and show the other kids.”

Americans buying more guns than ever amid coronavirus and protests