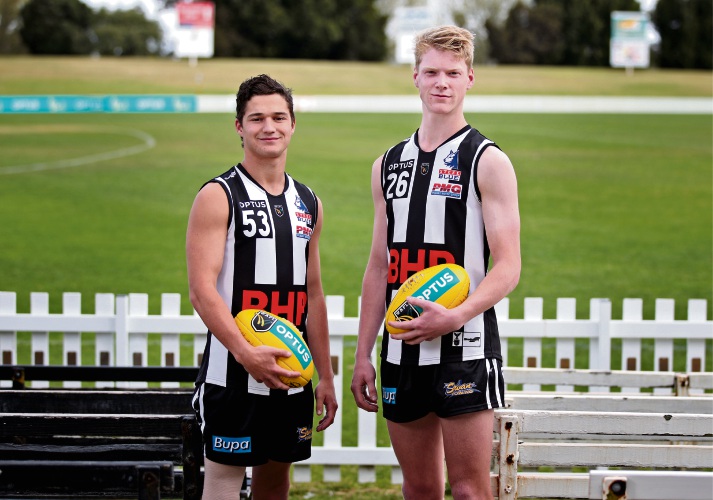 Forward-midfielder Riley Garcia and key defender Jake Pasini have been invited to attend their first AFL Draft Combine in Melbourne next month.

The duo, who have been playing together since their junior years, made their WAFL league debuts and represented WA at the AFL under-18s carnival this year.

Both have been in touch with several AFL clubs.

Garcia, of Jane Brook (18), said it was good news to be invited, since he was recovering from an anterior cruciate ligament injury sustained at the carnival in July.

“It gave me a good confidence boost,” he said.

“I have been training hard for both the knee and the upper body.

“I am learning new things every day and not only (about) footy.”

Garcia said he looked up to Jesse Turner at Swans and Fremantle captain Nat Fyfe.

Pasini, of Maida Vale (18), said it felt surreal to take part in the draft combine.

“It has been my dream to play AFL since I was a kid,” he said.

“It is a pretty big step to get there.

“We have been doing a lot of training lately but I just found out that I need surgery for my shoulder.

“My shoulder should be fine.

“(Getting drafted) is not certain until the day…hopefully, I have a chance to get picked up.”

The draft combine will be held at various venues including Marvel Stadium and Margaret Court Arena from October 1 to October 4.