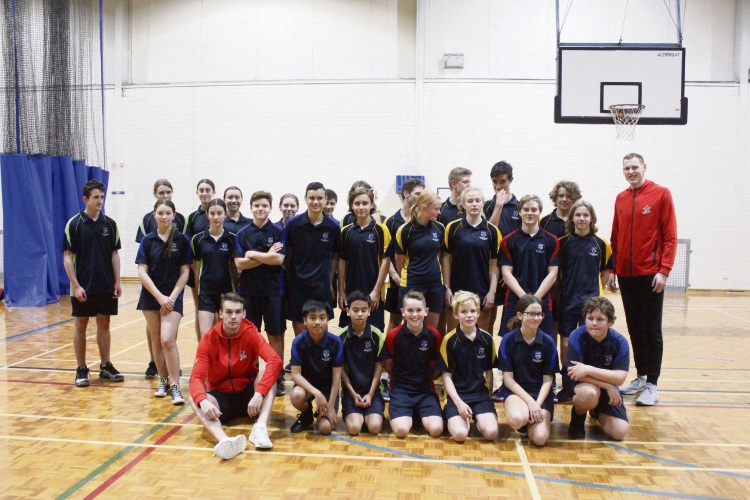 THE sound of squeaking rubber filled Halls Head College’s gymnasium yesterday as students made the most of their basketball clinic with the Perth Wildcats.

Their competitive nature took over as they moved into drills and a few of the bolder students even struck up some banter with the Cat’s players.

Vague has lived in Perth his whole life, so to get around and see the next generation of talent is a big thrill.

“It doesn’t feel like that long ago that it was me, but it’s still pretty special to be able to be that role model to these kids and sort of help guide them along and show them the ropes a bit,” Vague said.

“It’s nice to be able to get to these areas that I wouldn’t normally get to come to and get to coach these kids a bit. Any time we get the chance to do that it’s really good.”

“To be able to know their story and know that it is not too different from them, it makes some of the things they want to do a little more believable and achievable,” he said.

The Wildcats were in town for game one of their preseason season series which saw them go down to the Adelaide 36s 84-90.