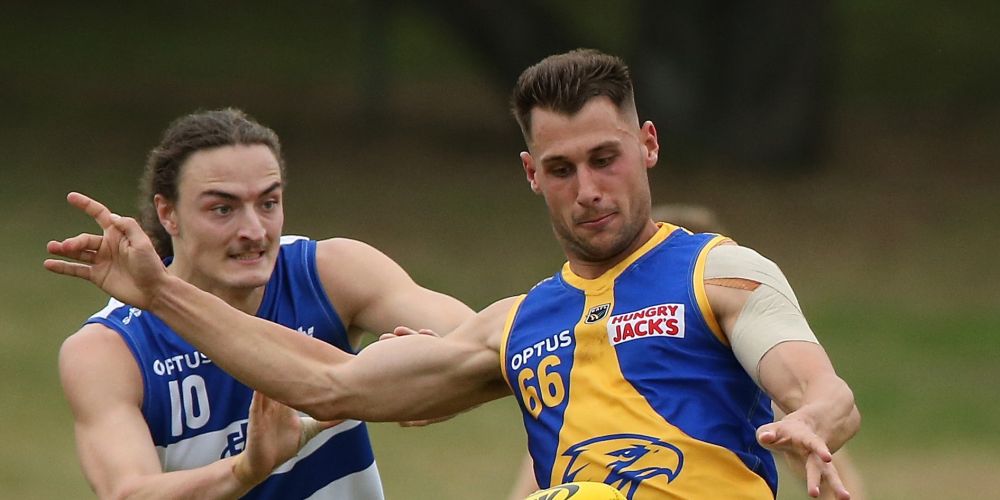 A PERTH school teacher, who was playing amateur footy just two years ago, has been added to the West Coast Eagles list for season 2020.

The Eagles’ confirmed on Tuesday that Nic Reid, 24, had been added to their rookie list along with former Geelong player Jamaine Jones.

Reid was playing for North Beach as recently as 2018, but he was selected as part of the inaugural West Coast WAFL squad.

Now the powerful, mid-sized forward has been rewarded for his performances in the state league.

The Eagles had one spot available on their list, but that increased to two when Daniel Venables’ was placed on the long-term injury list as he continues to battle the effects of concussion.

Reid and Jones, a small forward who spent three years on Geelong’s list, have now filled those spots.

“We thought he had a terrific year last year with our West Coast WAFL team.

“He’s a great story, he was playing amateur football only two years ago and then made a commitment to try to make it to AFL.

“He’s realised that dream and we’re really glad to give him that opportunity.

“He’s got a habit of creating something from nothing and he can win his own football.”

Dozens in quarantine after preschool teacher tests positive to COVID-19