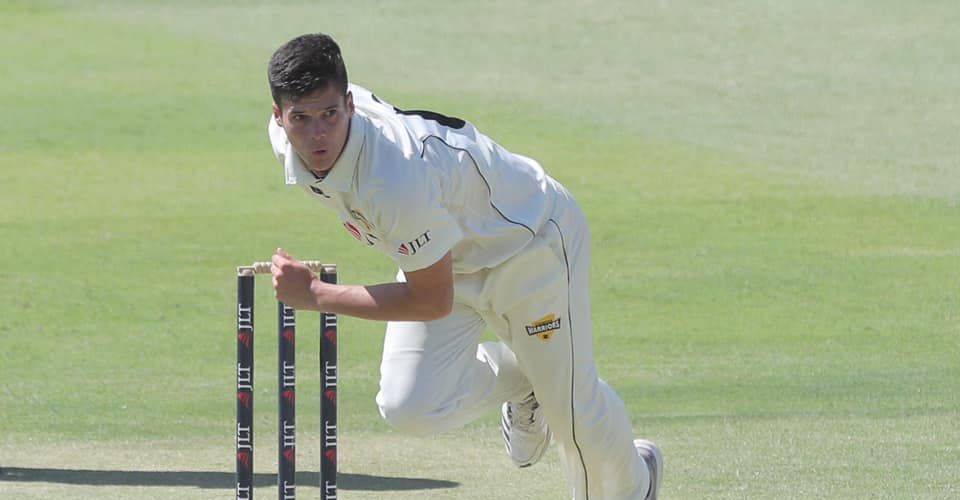 IT should have been easy.

Melville Cricket Club needed just three runs from the final two overs to win their one-dayer against Perth at Fletcher Park on Saturday.

They had six wickets in hand.

What followed was the stuff of dreams. Or nightmares, depending on where your allegiances lie.

After sending Perth in, Melville found themselves cruising at 4-238 in search of 240 for the win thanks to solid contributions from Adam Shaw (58), Sean Terry (52) and new boy Vidyuth  Kadiresan (48).

But calamity struck in the 49th over, as both Shaw and Kadiresan were run out and Mark Turner fell for a duck.

Panic set in for the Sharks lower order.

Enter Perth’s Liam Guthrie, the 22-year-old quick who was playing for the Western Warriors as recently as March.

Guthrie rattled through the last three batsmen – literally- clean bowling Lachlan Farrow, Ewan Neilson and Tom Kerr-Sheppard with the first three balls of the last over.

The final wicket set off wild celebrations for the Perth side.

Rumour has it the team has been spotted walking on water at training this week.