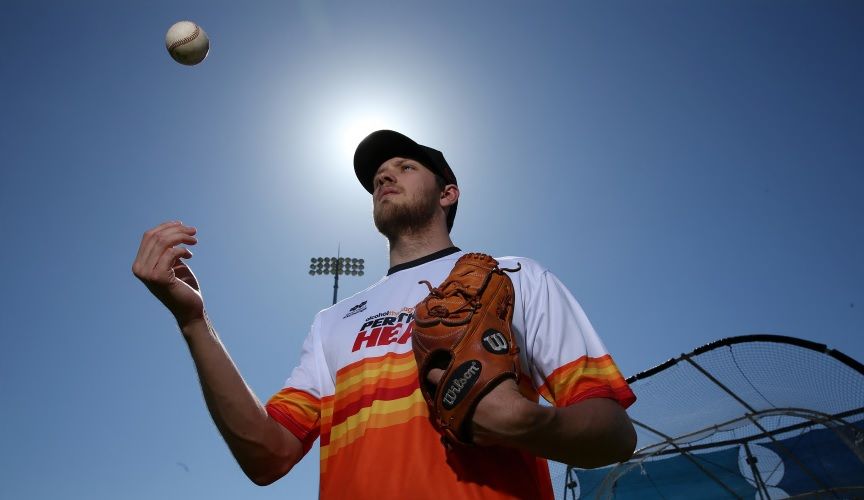 A PAIR of Perth Heat’s new pitchers are hoping to put their American experience to good use as they chase Australian Baseball League (ABL) glory.

Josh Hendrickson and Jackson Wark are among the new additions to the Heat bullpen, having both spent the past few years in the US college system.

Wellard product Hendrickson has taken the long route to represent his hometown team, earning a spot on the Heat roster after a stint with the University of San Diego.

He has the distinction of being drafted by two Major League Baseball teams in back-to-back years after being picked up in the 20th round last year by the Kansas City Royals, before being re-drafted in the 38th round by the Philadelphia Phillies this year.

“(Getting drafted) was awesome; even if it happens twice, it’s still the same feeling,” Hendrickson said.

“Wherever the Phillies put me on one of their minor league teams, you have to go out and perform and try to win. I’ve got to keep moving through the minor leagues and hopefully make it to the major leagues in a few years.”

Hendrickson described his time stateside as “invaluable” and hoped his experiences would benefit the Heat.

“It was a lot of fun; I learnt a lot and got to experience America,” he said.

“Being around baseball every day helped me grow as a person and a player.”

Wark, on the other hand, had not stepped foot in the country until a few weeks ago, having been signed after four years with Saint Louis University.

The Canadian said he was excited to link up with his teammates and experience the ABL.

“I know a guy who played for Auckland last year so I had a little bit of insight,” he said. “I’ve been aware of the ABL for a while and I know it’s a rising league.”

“I find I play best when I have fun, so my goal is to just have a lot of fun, win games and see where it takes me.”

.@JacksonWark earned himself a place in the #Billikens record book!

Check out these numbers ⬇️ pic.twitter.com/wyjTX38BD4

Wark was taken in the 30th round of the 2015 MLB Draft by the New York Mets out of high school, but he said playing in the collegiate leagues was a valuable learning experience.

“I played college ball for the last four years and I played against a lot of guys who were top prospects for the big leagues; you see some pretty good players and it’s pretty competitive,” he said

Knight back for another tilt at glory

Knocking it out of the park: Baseball WA CEO on the Perth Heat, stadium upgrades and the sport’s growth