Knight back for another tilt at glory 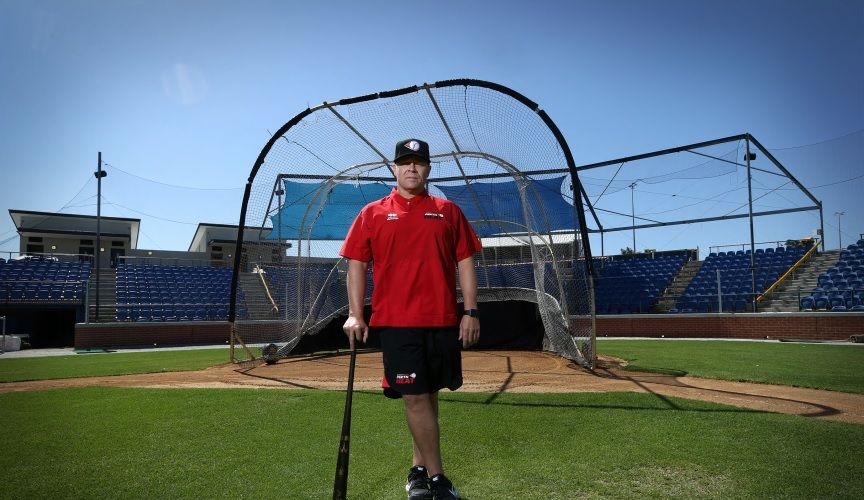 WHEREVER Brooke Knight goes, he leaves behind a trail of success and silverware.

Having led the Perth Heat to back-to-back Claxton Shields in 2011 and 2012, he came close to repeating the feat with Adelaide in 2015, only to be stopped by his former club.

Unsurprisingly, the American is targeting more joy with Perth, having signed on to manage the Heat until the end of the 2020-21 season.

Knight said he was thrilled to be back and re-joining the club was an easy decision.

“I love winning championships and I’ve got plenty of friends in Perth,” he said. “Those big wins in 2011 and 2012 are a special part of my life and to come back and get another chance to chase down the Claxton Shield with many of the same guys is a driving force for me.”

In addition to his success in Australia, Knight has established himself as one of the most successful managers in the West Coast League, a collegiate baseball league featuring teams from Washington, Oregon and British Columbia.

He has won seven titles in the past 12 years with the Corvallis Knights, including the past four in a row  and while another Australian Baseball League championship is the ultimate goal, Knight said player development was also high on his coaching staff’s list of priorities.

“We want to send all of our players back better as people, mentally, physically and emotionally,” he said.

“If we’re not sending them back just a little bit better than when they arrived, we’re not doing our job.

“There’s still going to be some clear expectations set for all of us, but I think we’re here to develop and win.

Knocking it out of the park: Baseball WA CEO on the Perth Heat, stadium upgrades and the sport’s growth

“A lot of people think those are mutually exclusive, but I think the quicker and faster you develop, the more you’re going to win, and the more you win, the faster you’re go

Since his last stint with the Heat, Knight said he had grown as a manager and was hoping to bring some new ideas to the table at Perth Ballpark.

“I’m constantly trying to find ways to get better,” he said. “I think I’m probably a little bit more patient than I was back in the day, it was more of a boot camp strategy, more of a clinical philosophy, but now there’s a little bit more wisdom behind decisions.

“That being said, we still have to be accountable to each other, our fans and ownership.”