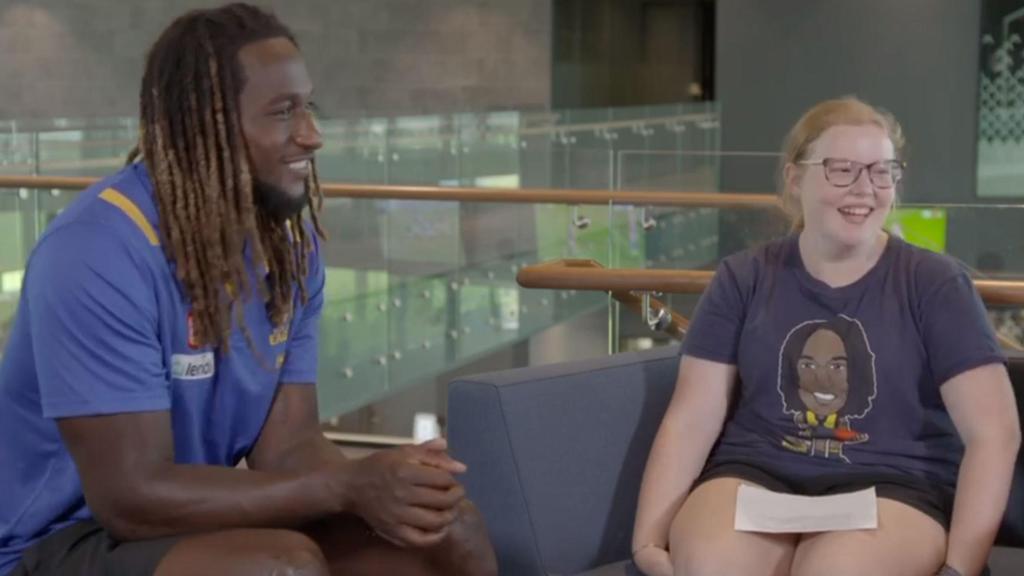 He’s the Eagle known for going above and beyond for fans, and Nic Naitanui has done it again.

“She was as pale as a ghost, she couldn’t stand up to do the meet and greet,” Jacinta’s mum Kirsten recalled.

A week later, Jacinta was diagnosed with Acute Lymphoblastic Leukaemia and began her fight for life.

When Naitanui heard about the tough diagnosis, he reached out despite the 3000km distance between the two.

“Dear Jacinta, we heard that you are unwell. That’s not good. When things are tough you keep your family close. Stay strong and we will see you in round 21. Go Eagles. Love Nic,” he wrote in a letter to her.

Four years on, and the Make-A-Wish foundation with the help of the Eagles flew now 16-year-old Jacinta and her family over from the other side of Australia so she could thank her idol.

“The day she received your letter was a horrible day for us, she started a new regime and was very low and very unwell, and had the biggest smile on her face when she got your card,” Kirsten told Naitanui.

In good news for the teen, she is now in remission and says meeting her idol once again was the “best day of her life”.

“For people to know that there’s people out there that care - and genuinely thinking of them, makes those times easier as well,” Naitanui said.

NRL: Wests Tigers coach Michael Maguire confirms the club has spoken to Storm star Josh Addo-Carr about being a Tiger in 2021