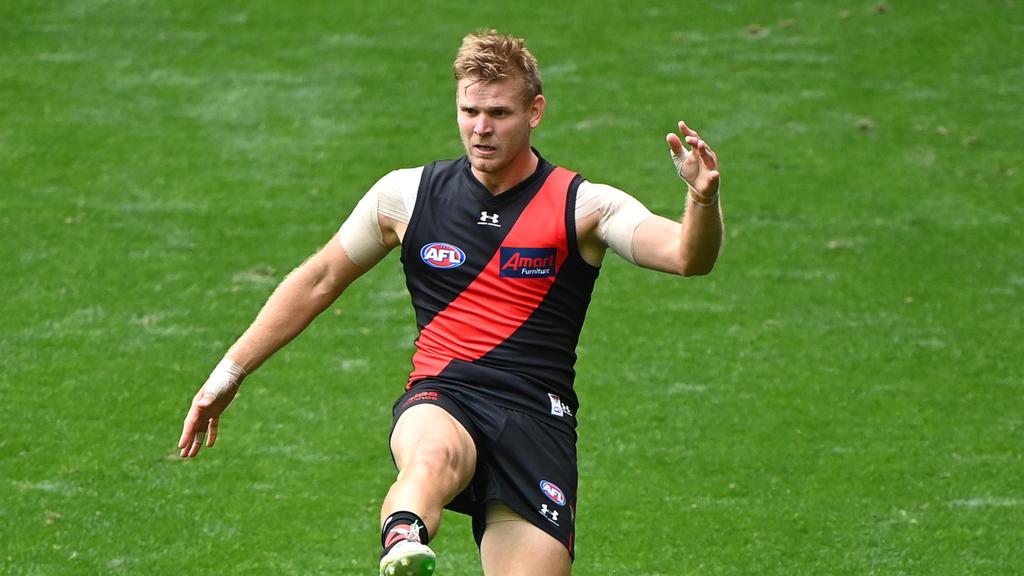 While sidelined long term for the second time in his AFL career, veteran Essendon defender Michael Hurley has gifted a Bombers fan suffering hardship their membership costs for the year.

Hurley is one of four current Bombers among the 34 who had missed the 2016 season as a result of the supplements saga.

Despite AFL players wearing a minimum 50 per cent pay cut for the rest of the year to help to keep the league afloat while games are off due to the coronavirus shutdown, Hurley has reached into his own pocket to help a fan.

The fan tweeted that the big-hearted act had left her in tears.

“I’m in a literal outpour of tears,” she said.

“Received an email back, letting me know a player has ever so graciously offered 2 pay the balance 4 me, so I can continue being a member of the greatest club ever.”

She said she had emailed the club about her financial stress, hoping to pay the outstanding amount later in the year when her situation improved.

The club responded that dual All-Australian Hurley had offered assistance.

“I was just hoping I could possibly pay it all later in the year when hopefully things were better. Was not expecting such a wonderful outcome,” the fan wrote.

After already sitting out a season, Hurley admitted he had a feeling of deja vu with the current situation.

He said this week that due to that experience, he felt better prepared for time out of the game.

Meanwhile, the International Rules Series set down for November has unsurprisingly being postponed.

Ireland were set to host Australia for the first time since 2015 with a return two-Test series scheduled to be played in 2022 in Australia.

The last series, won by Australia, took place in 2017.

Centrelink to repay $721 million in robodebts: How to get your refund

Willow Dunn, 4, was 'malnourished, covered in sores' before her death

Game of Thrones stars: Where are they now