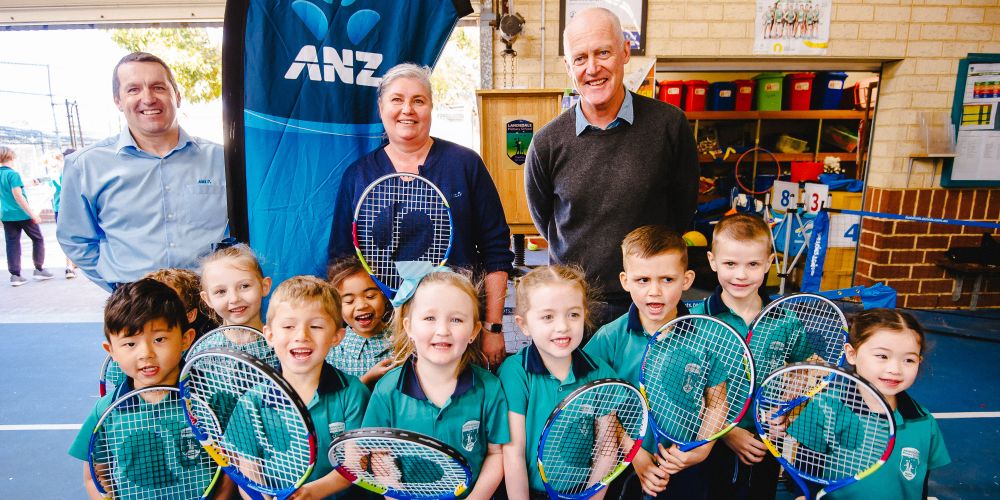 The former doubles world number one joined Kingsway ANZ branch manager Tanya Brynjulfsen to present new tennis racquets to 100 pre-primary students before helping them test their skills on the court.

Now in its third year, the Racquet Roadshow encourages kids Australia-wide to get involved in physical activity, with studies showing racquet sports including tennis increase life expectancy by almost 10 years.

A further 30,000 racquets will be handed out to first year primary school students across Australia in more than 500 schools this year.

More sport from around Perth

Aurelian: Emperor Who Restored the World

Everything you need to know about Queensland's border closure