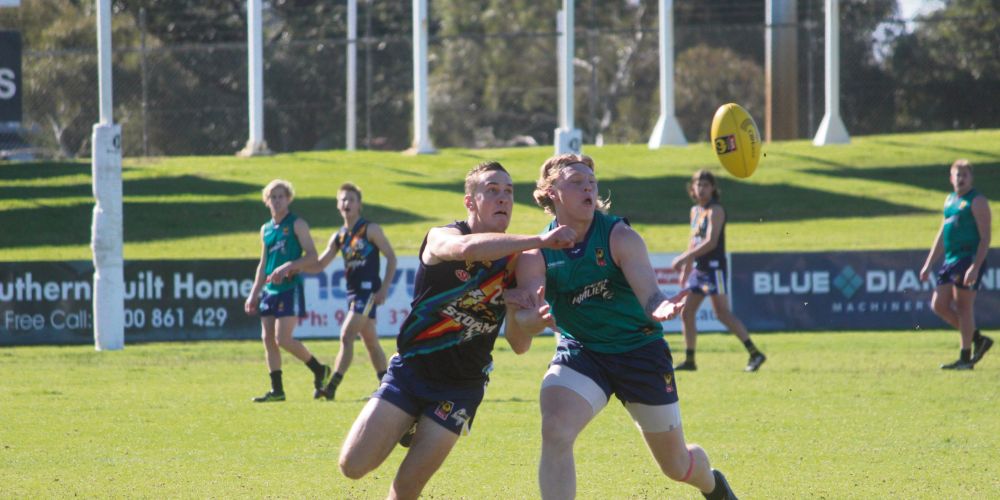 FOOTBALLERS from all over WA have converged on Perth for the annual Landmark Country Football Championships.

The tournament, which kicked off on Thursday, has been broken into four divisions with the colts holding their competition at Mandurah’s David Grays Arena.

The Peel Football and Netball League is one of five teams in the colts competition, but they got off to a shaky start when they lost 78-23 in their opening game against the South West Football League.

Things went smoother in game two when they got their first win on the board, this time against the Northern Suns 39-28.

Otto and Milward were again amongst the goalscorers, nabbing two each, while Matthew Tilbee kicked Peel’s only other goal for the match.

Otto’s three goals were not enough to help Peel over the line against the undefeated Great Southern Storm in game three, the team eventually going down 66-23. Peel also has a team in the division 1 tournament, with their first game at Joondalup Arena from 2.10pm Friday.

The Landmark Country Football Championships continue through Saturday and Sunday.

Woodridge Horse and Pony Club jumps ahead in Healthway competition

Man dies from 'catastrophic' injuries after brawl over spilled beer

Melbourne woman fights for life in hospital after alleged stabbing