Cougars young gun hoping to traverse the path to professionalism 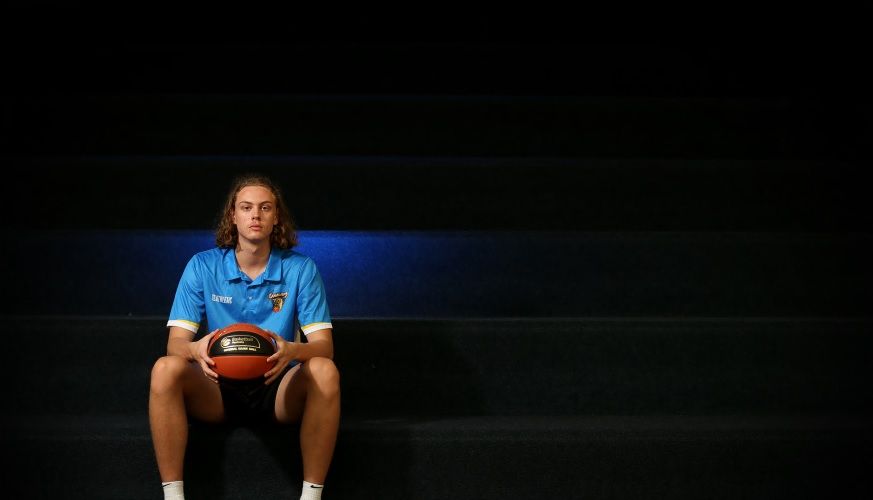 ONE of Australia’s finest young basketball talents says the Cockburn Cougars can help springboard him to the next stage of his career.

Fresh from inking a development player contract with the Perth Wildcats, 18 year-old Luke Travers has also committed to Cockburn for the 2020 State Basketball League (SBL) season.

Lauded as one of the country’s hottest hoops prospects, Travers has been fielding offers from colleges in the US for the past few years.

However, having recently signed with an agent, he said his intention was to forgo college and go professional as soon as possible.

“It came down to the lack of motivation at school. I like playing basketball so I want to keep doing that at the highest level and try and make a living,” Travers said.

Given his long-standing relationship with new Cockburn coach Andrew Cooper, Travers said he believed Cockburn was the perfect place to develop.

“I just want to take my game to the next level and I think the coaches here can get that out of me,” he said.

After a breakout SBL season for the Rockingham Flames, Travers made the difficult decision to leave the club he grew up playing for and follow Cooper, Rockingham’s assistant coach last season, to the Cougars.

Cooper said Travers was an elite talent and Cockburn would only stand to benefit from his signing.

“I’ve always said I feel Luke, for the last few years, has been the best player in the country for his age,” Cooper said.

“His best qualities are his athleticism and court vision. He has the ability to make other people better and make good decisions under pressure, which is really important for us.”

Last week: Finishing Year 12 📚
This week: Training with the Wildcats 😼

The 6’7 guard has long been on the radar of national and international scouts and was part a key part of Australia’s triumph at the Under-16 Asian Championships in 2017, where he averaged 11.2 points, 7.4 rebounds and 3.6 assists per game.

He also helped inspire Australia to a sixth-placed finish at the 2018 Under-17 World Cup, averaging 12.9 points (second most on the team), 7.3 rebounds and 3.1 assists.

Travers averaged 12.1 points, 5.4 rebounds and 2.1 assists per game on 54.5 per cent shooting for the Flames last season, which earned him a spot on the Wildcats’ roster as a development player for this season.

He said being involved in a professional basketball setup was a good learning curve from which he benefited daily.

“It’s a lot harder, they’re a lot quicker, more physical; they make it difficult for me. Everyday they come in, day after day, they’re playing at a high intensity,” he said.