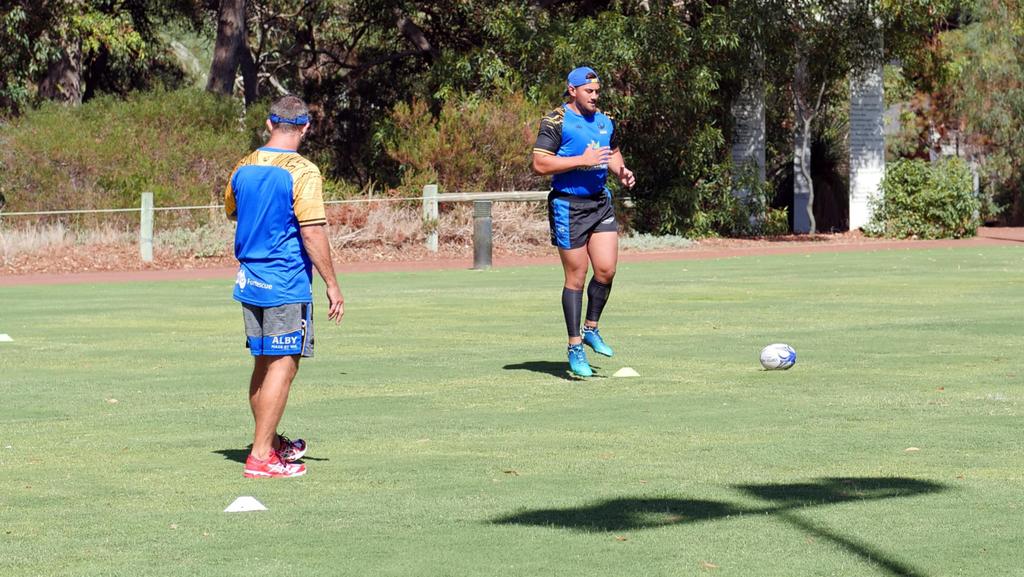 Rugby Australia is forging ahead with a domestic competition restart in July that will include the Western Force.

Rugby Australia’s Return To Play committee has been meeting regularly to lay down plans for a new-look competition, while they have been absorbing knowledge from the NRL, who will resume later this month.

RA will give Super Rugby clubs a COVID-19 education briefing early next week, with players set to resume training in 10 days on Monday, May 18 — giving them seven weeks ahead of a Friday, July 3 start.

Similar to New Zealand’s “Super Rugby Aotearoa” which was announced this week, it’s set to be a 10-week round-robin competition involving the five Australian franchises, with no crowds.

“It’s progressing really well and at this stage the draft date is the third and fourth of July although there’s a lot to happen before that’s absolutely confirmed,” Stephenson said.

“The conversations and the draft draw include the Western Force but there’s a lot of work still to get done there.

“There’d be more interest in a domestic competition if they are in it and they’ve got a good team and good coach and were preparing for Rapid Rugby so it makes sense if it can all align.”

He said it was unlikely scheduling would allow trans-Tasman Super Rugby “finals” even if travel restrictions between Australia and New Zealand were eased.

“I think both Australia and New Zealand will commit to a domestic competition.

“I think we’d love to do some cross-over finals with New Zealand teams but the draft schedule is just a domestic competition and then international preparation and then we will get into the Test matches.”

While the NRL will have less than three weeks of contact training, rugby believes its players - particularly tight forwards — need more lead-in time with the proposed dateline giving them a month.

Stephenson said the international nature of Super Rugby complicated things, while the recent shuffling of seats in the RA administration hadn’t helped.

“We need to be mindful of guys who are doing set-piece and contact — the nature of the game means guys need to build back up to that high intensity,” he said.

“We’re coming off a 12-week break and our Wallaby guys will be coming into a 10-week domestic competition and then into an international phase.

“They will probably be playing non-stop from July until almost December which is a massive block.

“If they’re not prepared properly and we get a whole heap of injuries at the start it’s counter-intuitive (to rush back).”