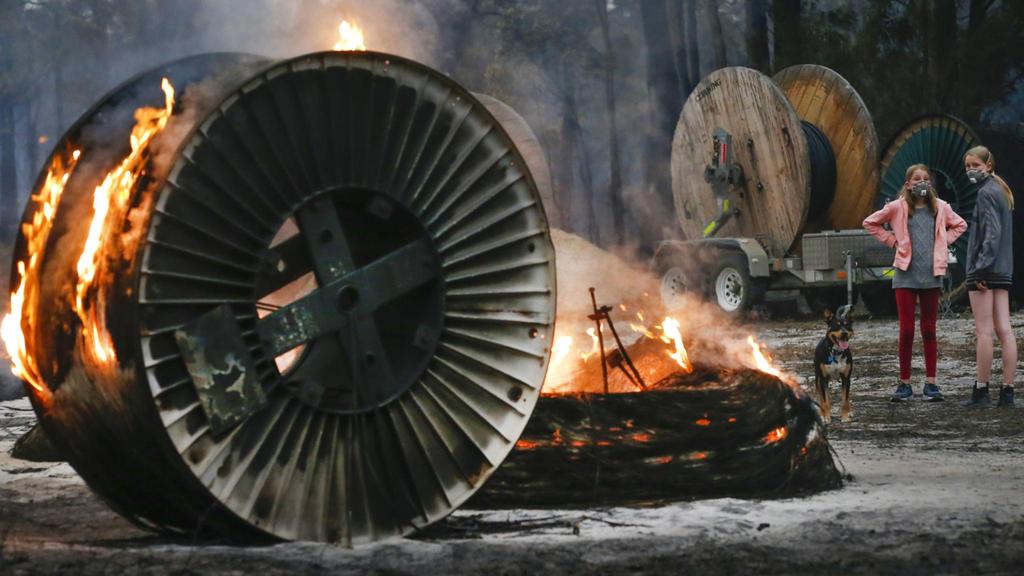 Australia’s biggest sports codes will band together to revive grassroots clubs impacted by the devastating bushfire crisis, with a pledge to not just rebuild but better the facilities destroyed.

The initiative comes amid warnings of more high fire danger days, with temperatures expected to reach the low 40s across large parts of the state from Thursday.

The Herald Sun can reveal the Coalition of Major Professional and Participation Sports will set up a dedicated national infrastructure fund, pool economic support, fund­raise and expand facilities lost by clubs in the fires.

A national audit of clubs that have lost facilities this summer has been launched and the codes have vowed to not just rebuild, but enhance, those destroyed.

Tennis Australia and COMPPS boss Craig Tiley said the codes had joined forces to turn a bad situation into good and set no limits on how much they would contribute or raise to pay for it.

“There is an opportunity for sport to have a different impact to what they have had before,” Mr Tiley said.

Sports will pledge their own donations and pressure state and federal governments and business to bolster the fund.

Rather than just getting clubs back on the park by fixing grounds and facilities, they will turn regional grounds into community hubs that double as meeting places.

“We said for the first time, what we can do as seven major sports to come together?” Mr Tiley said.

“Instead of all going off and doing our individual things in fundraising and the benefactors being individual constituents, we said what can we do as a group to have a real significant impact?

“So we agreed we would come together on this and we were going to deliver a facility infrastructure recovery fund.”

Mr Tiley said communities that had lost infrastructure would have bigger and better facilities built in their place.

At least 16 tennis clubs in Victoria alone have lost facilities, including centres in Mallacoota, Metung, Bruthan and ­Benambra.

Senator Colbeck said the sporting bodies would work with government and agencies to rebuild facilities through a range of funding platforms and donations raised through various sports initiatives.

AFL chief Gillon McLachlan said the codes, representing about 80 per cent of active Aussie participation, could play an important role at a difficult time.