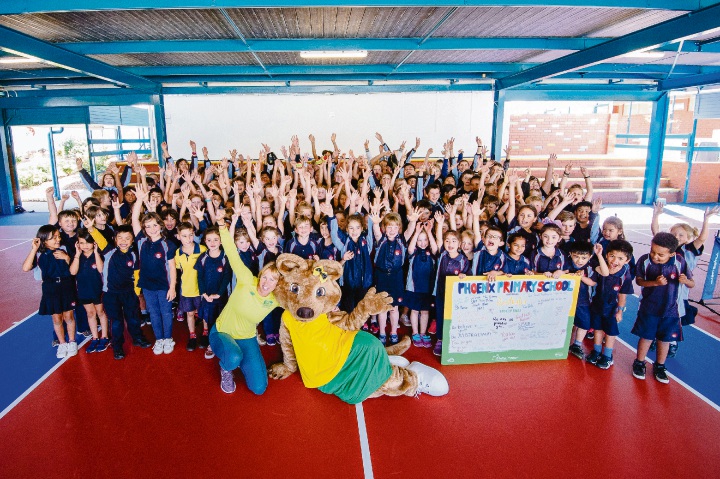 AUSTRALIA Fed Cup captain Alicia Molik says Ashleigh Barty’s ascension to the top of the tennis world over the past year came as no surprise to her.

World number one Barty has enjoyed a historic year as she claimed her maiden Grand Slam title at the French Open and became the second Australian woman to be world number one after Evonne Goolagong.

She has also been pivotal in Australia’s charge to the Fed Cup Final, to be played against France at Perth Arena on November 9-10, winning all of her four singles and two doubles ties to lead upsets over the USA and Belarus.

While Molik said she was slightly surprised at how quickly Barty had climbed the rankings, her talent was never in question.

“I thought it may take a fraction longer, but it just goes to show the type of player she is,” she said.

“She has a game which can annihilate opponents. She includes so much variety in her tennis, we see so many big hitters who don’t have the nature where they can switch gears.

“They don’t have A, B and C games and the variety Ash possesses.”

Barty famously took a year off in 2015 to play cricket before returning to the WTA tour in 2016 and Molik said she returned a far more confident player.

“She’s a bit older, more mature and her game has developed too, so she was just ready to take it all on,” she said.

“Tennis is quite an unusual sport. You’re away nine months a year and it’s not always easy to deal with that, but she’s definitely at the point now where she’s embracing all those opportunities.

“Being away in front of big crowds, being ready for the big occasion at a grand slam, she’s up for it and she’s been able to produce brilliant tennis time and time again.”

While the 23 year-old will be critical to Australia’s chances of ending their 45-year silverware drought, Molik said a fervent home crowd would go a long way to deciding the final.

“We want to ride the wave of the success and we’ve worked so hard outside of the shores of Australia, so it’s a wonderful thing we’ve got he privilege to show what we can do,” she said.

“It means a lot, looking up in the crowd, hearing the cheers and seeing the green and gold, we don’t experience that anywhere else we go.”

Molik yesterday visited Riverton, Ardross and Phoenix Primary Schools to promote the final and speak about her own experiences on the professional circuit.

She said seeing the smiles on students faces and their eagerness to give tennis a go was exciting and important for the growth of the game.

“If it means a few kids in the school pick up a tennis racquet when they wouldn’t ordinarily, it’s a massive win for us.”

Footy fans in limbo with Perth blockbuster suddenly in doubt