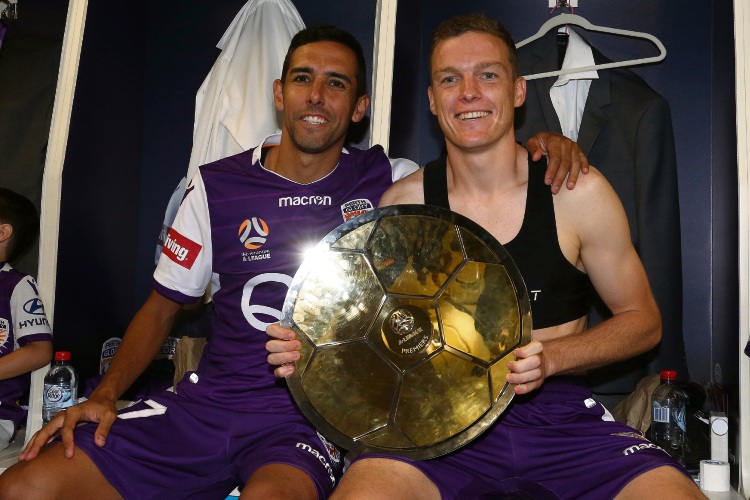 WHEN Shane Lowry dons the purple for Perth Glory this Sunday, the club where it all started for him won’t be far from his thoughts.

The 29-year-old, who will line up at centre-back against Sydney FC in the A-League grand final, left ECU Joondalup as a 15-year-old to pursue a professional career in England before returning to WA three years ago.

“ECU Joondalup’s always close to my heart,” he said.

“I grew up in Perth and they were a fantastic club at youth level and gave me the opportunity to go forge a career overseas.”

Winning a championship with Perth was a goal when he returned from England after stints with several clubs in the Premier League.

”When I first signed with Perth Glory (in 2016), I said I wanted to win trophies with Perth because they were starved of success,” he said.

“We’ve lifted the Premiers Plate and now have got ourselves in a grand final at Optus Stadium.”

At the game on Sunday to support Lowry will be his parents John and Carmel, who migrated to Perth from Dublin, and brother Ryan (25), who captained ECU in the NPL before being recruited by Wellington Phoenix.

Also in the Lowry camp will be fiancee Caroline and daughter Selena (4), and a lot of friends who “come to all my home games”.

“Obviously there’s a lot of media coverage but we’ll be taking it as another game. We’ve put ourselves in a fantastic position to play in a final in front of a massive crowd; hopefully we can win it,” he said.

Future of virus-stricken livestock ship to be decided in days