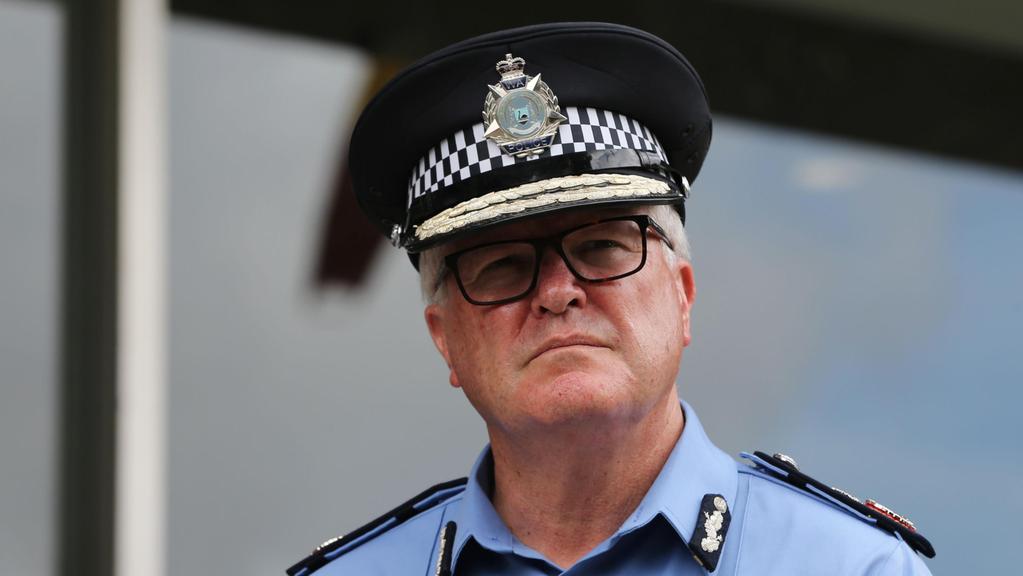 Western Australia’s top cop has revealed he is hugely concerned about the community becoming “fed-up” with tough restrictions designed to flatten the curve and behaving badly as the coronavirus crisis drags on.

In an exclusive interview with The West Live host Jenna Clarke, Police Commissioner Chris Dawson said he was so worried about people losing patience with travel lockdowns and social distancing measures that he had flagged the issue with the State Disaster Council.

“In my role as State Emergency Coordinator, that is a matter I have raised at that level,” he said.

“We operate on a consent model and I don’t think I want to live in a police state. I want to be in a safe place and these measures are very, very harsh — we know that, but they will not last forever.”

“I’m seeing great community uptake … but I think it’s a real concern in another month’s time, will the community start to tire of this and go look, I’ve had enough, I want to be able to go about my own life.”

Mr Dawson also revealed retired police officers are putting their hands up to go back on the beat to aid the response to the coronavirus pandemic.

While the streets of Northbridge were deserted over the weekend, the Commissioner said police have been putting in “maximum effort” stopping thousands of vehicles at regional checkpoints as part of intrastate travel restrictions.

“I’ve actually accepted a couple of retired officers to come back… apart from the police we’ve obviously got good help from SES volunteers, Fire and Emergency, Department of Transport,” he said.

“It’s a big team effort but I’m certainly asking a lot of police.”

But while crime is either “static or going down” in most areas, domestic violence is not one of them.

Mr Dawson said there had been a “slight increase” in family and domestic violence “which we are obviously very concerned about”.

However, authorities will not get a fuller picture until data becomes available in about a fortnight.

“We want to make sure that when people are confined at home that vulnerable people - women, children and some men - are not going to be exposed to increased family and domestic violence,” Mr Dawson said.

It comes as WA last night officially shut itself off to the rest of Australia with an unprecedented hard border closure coming into effect at midnight.

There has been talk about the State officially seceding for decades but the coronavirus pandemic is unlikely to be the trigger for a breakaway, the leader of WA’s only micro-nation told Jenna.

Prince Graeme Casley, who leads the Hutt River Principality WA’s Mid West region, acted ahead of the curve after closing the sovereign state’s border on January 31.

When asked by Jenna whether coronavirus will revive the secessionist movement in WA, Prince Graeme said: “I think not”.

“There’ll be a few who will push it but generally I think that through this the whole world has had a chance to stop and take a breath and reflect on what’s valuable to them,” he added.

“Hopefully the world will embrace each other a bit more kindly and I’m sure West Australians will also embrace the benefits of being a whole Australian Federation.”