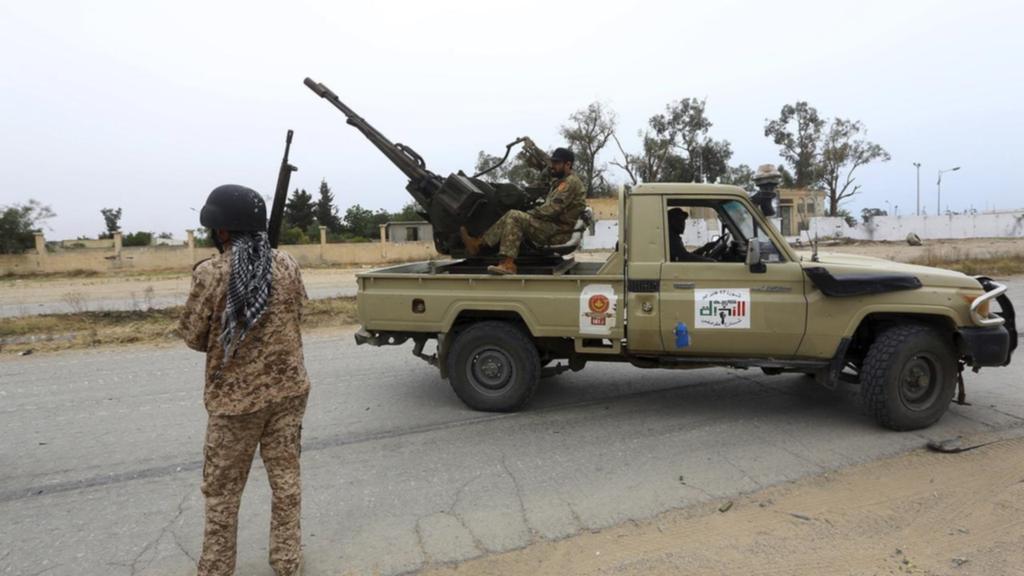 The UN-supported government in Libya says it has suspended its participation in the military talks in Geneva following an attack on Tripoli's port, "until firm positions are taken (by the world powers) against Hifter and "the countries that support him".

The country's warring sides resumed UN-brokered talks in Geneva on Tuesday aimed at salvaging a fragile cease-fire in the North African country.

Forces of military commander Khalifa Hifter stepped up their attacks on the Libyan capital, hitting its strategic port.

It appeared to be the first such attack on Tripoli's strategic port since Libyan forces loyal to Hifter began their siege of the city almost a year ago.

The National Oil Corporation said projectiles struck meters away from a highly explosive liquefied petroleum gas tanker discharging in the port, prompting it to evacuate fuel vessels from the area and cancel offloading operations.

Mustafa Sanalla, head of the NOC, warned that the city of Tripoli doesn't have operational fuel storage facilities because the capital's main storage warehouse was evacuated as a result of the fighting.

"The consequences will be immediate: Hospitals, schools, power stations and other vital services will be disrupted," he said in a statement.

Ghassan Salame, the head of the UN support mission in Libya, called the port attack a "big breach" of the cease-fire.

Oil-rich Libya is split between rival governments based in its east and west, each backed by an array of foreign countries apparently jockeying for influence in order to control Libya's resources.

The current cease-fire was brokered by Russia and Turkey on January 12. But both sides have repeatedly violated the truce, which was supposed to de-escalate the fight for control of the Libyan capital.

Dixiedo fox runs away with my phone. Tries to bury it