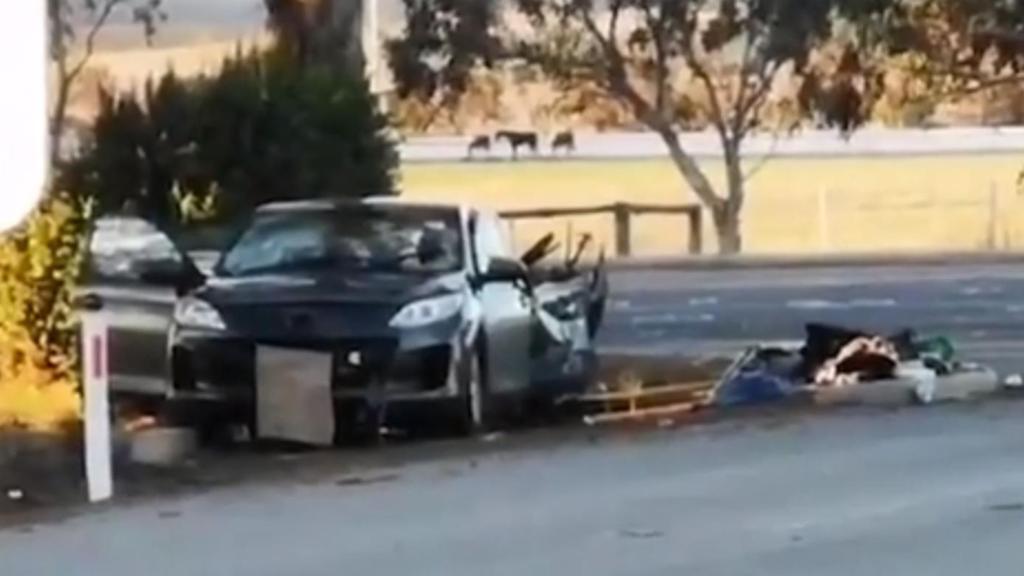 Two innocent children are dead and a man is in a critical condition after a devastating crash south-east of Geraldton.

A boy, just 7, and a 10-year-old girl were declared deceased at the scene of the midday crash in Georgina.

Police say a grey Mazda 3 sedan was travelling south-west on McCartney Road when it collided with a Ford F250 utility at the intersection of Edward Road.

The back of the sedan, 7NEWS reports, was obliterated, with debris sent sprawling across the road.

The children were rear-seat passengers in the Mazda. A man in his 30s, who was also a rear passenger in the Mazda, was rushed to Geraldton Regional Hospital where he is in a critical condition.