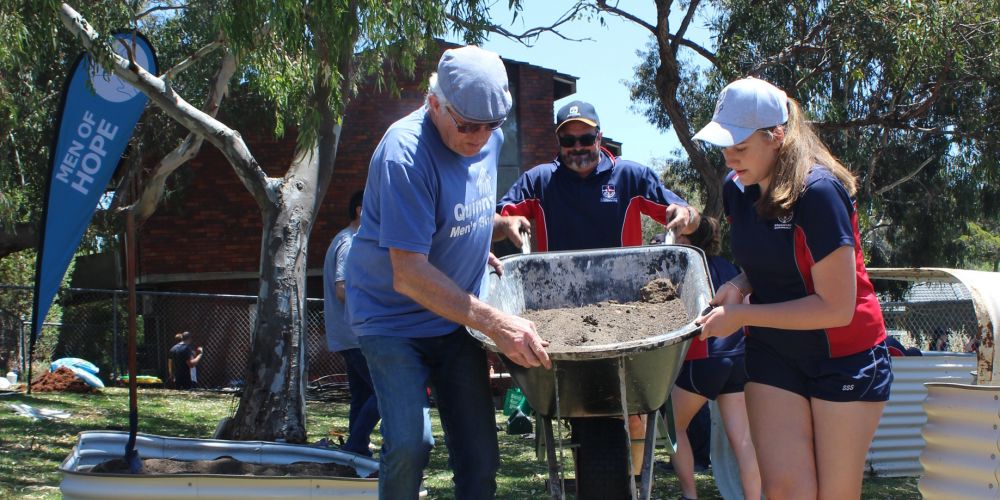 COMMUNITY groups have teamed up to create an edible garden to produce free meals for northern suburbs families.

UnitingCare West’s Men of Hope group will use their regular cooking classes to grow and harvest produce on a donated patch of land at Uniting Church Trinity North in Greenwood.

The mental health support group members will turn the produce into meals that will be donated to community members through the church’s Parish Pantry program.

Volunteers worked alongside students from St Stephen’s School to assemble and plant out the garden beds on November 6, with the men’s group providing meals and refreshments on the day.

UnitingCare West Community connection officer Gerhard Rousseau said the project has given them a renewed focus.

“Having mastered the art of cooking, the guys are now looking forward to the next challenge,” he said.

“Not only will they learn how to cook creatively with their own fresh produce, they’ll also develop the skills that come with planting and harvesting a crop.

“The best part of this project is that the guys will work alongside other local groups to provide meals for those in the community that need it most.”

Men of Hope was developed in 2016, in response to a lack of groups in Perth’s outer north suburbs that were designed to bring people together and connect them to community.

One of its members, Kevin ‘Big Kev’ Newton, initiated the idea for cooking classes, which he now runs fortnightly as a volunteer.