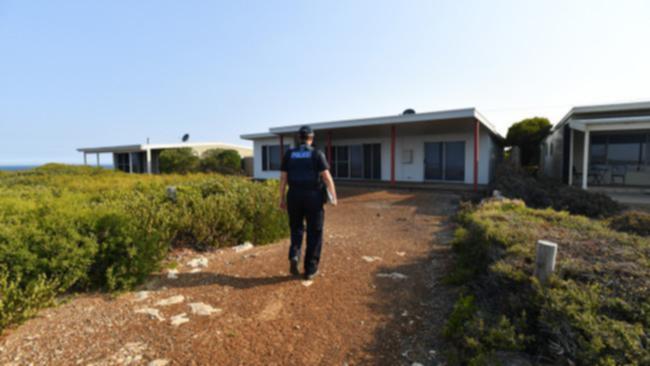 The Ravine fire on Kangaroo Island is still burning as crews brace for extreme fire conditions today. Meanwhile, a fire which burnt about 4ha in Kersbrook near the Barossa Valley has been contained.

The Watch and Act message was issued for the Cassini area near Parndana, south of Stokes Bay, as the scrub fire burned in a south easterly direction towards Pioneer Bend Road and Welsch Track.

The fire broke control lines earlier this morning. The fire was contained but flared up again just before 10am.

Residents in area were told to take action immediately as the bushfire threatened their safety.

The western side of Kangaroo Island is under a bushfire advice message and outbreaks are possible under the severe weather conditions.

There are six Armoured Personnel Carriers - based at Edinburgh in Adelaide's north - heading to Kangaroo Island on the Sealink Ferry.

Meanwhile, an alert was issued for residents in the Williamstown, Mt Crawford and Kersbrook area where a fire sparked in the South Para Reservoir and burnt about 4ha.

The fire has been contained but the CFS urges residents to stay alert and monitor local conditions.

While stressing the evacuation is a “pre-emptive relocation”, CFS incident controller Ray Jackson said “now is the time to leave” and urged Vivonne Bay residents not to return home until Friday, if it is deemed safe to do so.

He warned firefighters may not be able to protect the community if the fire breaks containment lines on Thursday, when temperatures are expected to soar above 40C with strong winds predicted.

“The challenge with Vivonne Bay is the vegetation within the community, the houses are surrounded by vegetation,” Mr Jackson said.

“At the moment the fire is not running towards Vivonne Bay – I need to stress that – it is about being pre-emptive, making sure that community is safe prior to any changes to wind or the fire jumps out.

“For the last three days our focus has been strengthening that eastern control line so that we can make sure that we can put everything in place to keep the fire from running south into the community.”