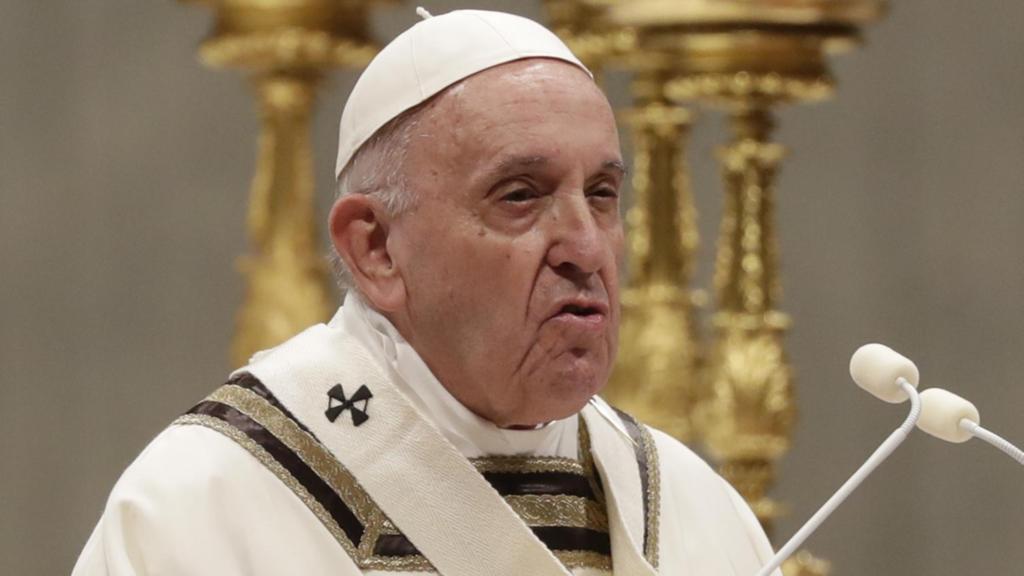 The court quashed convictions that Cardinal Pell sexually assaulted two choirboys in the 1990s and allowed the former Vatican economy minister to walk free from jail, ending the most high-profile case of alleged historical sex abuse to rock the Roman Catholic Church.

Each morning at the mass in his residence, Pope Francis chooses an intention for the service, such as remembering the poor, the homeless or the sick.

“I would like to pray today for all those people who suffer unjust sentences resulting from intransigence (against them),” the Pope said on Tuesday, speaking before the start of the mass. He did not mention Cardinal Pell by name.

In recent weeks, the Pope’s intentions for nearly all of his daily masses have been related to the coronavirus pandemic.

Pope Francis compared the suffering of those inflicted with unjust sentences today to the way Jewish community elders persecuted Jesus with “obstinacy and rage even though he was innocent”.

The Vatican had no immediate comment on the verdict on Cardinal Pell, which comes in the middle of Holy Week, the period leading up to Easter, the most important day in the Christian calendar.

The Pope, who appointed Cardinal Pell to overhaul the Vatican’s vast finances in 2014, has said he would comment only after all avenues of appeal had been exhausted.

At 78, three years past the age at which bishops and Vatican officials normally hand in their resignation, Cardinal Pell is not expected to return to a Holy See job.

The cardinal had been on a leave of absence from the post, whose formal title is Prefect for the Secretariat of the Economy, since 2017.

“In these days of Lent, we've been witnessing the persecution that Jesus underwent and how He was judged ferociously, even though He was innocent,” he wrote.

“Let us pray together today for all those persons who suffer due to an unjust sentence because of someone had it in for them.”

In the Vatican’s report on the decision, the official Vatican News website recalled that Cardinal Pell had always maintained his innocence and his right to defend himself until all levels of justice were exhausted.