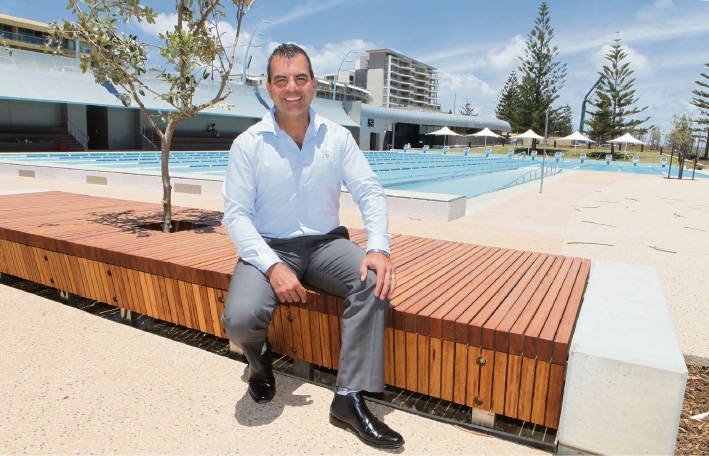 The incumbent had a nervous three-hour wait for results to be officially announced but need not have worried, having secured nearly 40 per cent of the 38,018 votes.

Mr Irwin told the crowd gathered at the City of Stirling administration building he was humbled and thankful for the result.

“I’m very excited for the future of Stirling and hopefully after tonight we will have a strong team going forward,” he said.

Despite an influx of in-person ballot papers lodged today, only 26 per cent of ratepayers voted in the historic election, which was the first time the City’s mayor was chosen by residents.

Cr Elizabeth Re was the next most popular choice with 23 per cent of votes and Cr Adam Spagnolo, whose campaign signage was prolific throughout the City, won 18.5 per cent.

Former mayor Terry Tyzack received 9.25 per cent, followed by Cr David Lagan with 5.85 per cent and newcomer Sanjeev Gupta on 4.11 per cent.

Mr Aubrey had been Mayor for 12 years after he replaced Mair, who was Mayor for the previous 12 years.

About 23 per cent of Joondalup electors returned their postal ballots, where four councillors retained their seats and there will be two new faces.

Returning councillors include Tom McLean for the North Ward, Russell Poliwka in Central, Nige Jones in North-Central and John Logan in South-East.

In Wanneroo, about 22 per cent of electors returned their ballots, with more than two thirds voting to keep Tracey Roberts as mayor.

Cr McLennan, who recorded 2661 votes, will need her fellow councillors to vote for her to remain as Mayor at Tuesday’s induction meeting.

A newcomer has been elected onto Bayswater Council while four existing councillors retained their seats.

Mayor and West ward councillor Dan Bull was re-elected unopposed last month but would be vying for his fellow councillors’ votes to keep the mayoral position at tonight’s council meeting.