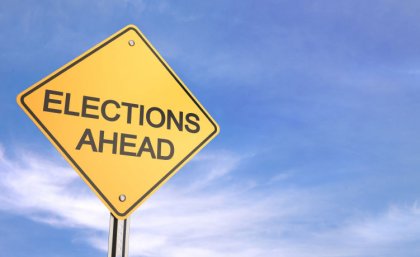 Queensland’s Labor government has announced electoral funding reforms that Premier Annastacia Palaszczuk has described as “the strongest political donations law in the country”.

The proposed law will raise the amount of government funding political parties receive for campaigning purposes while placing tighter restrictions on individual and third-party donations. Announced on October 29, the reforms are likely to be in place before next year's state election.

Under the proposed changes, party candidates would be limited to spending $57,000 on campaigns, or $87,000 if they run as independents. Political parties would have a limit their total election spending to $92,000 per electorate.

This would be the first time in Australia that political parties and candidates had limits imposed on election campaign budgets.

Third-party organisations (including industry lobby groups, trade unions and campaign organisations such as GetUp!) would face similar restrictions ($87,000 in any single electorate and no more than $1 million in total) and individual campaign donations would be limited to $10,000 in an election cycle.

Another change is that government funding would rise for individual candidates (from $1.57 to $3 a vote) and for political parties ($3.14 to $6 a vote), while the threshold to start receiving funding would fall from 6% to 4%.

Announcing the reforms, Palaszczuk claimed that “the days of the $10,000- and $5,000-a-head conferences are gone”. However, when asked in parliament by Greens MP Michael Berkman if her government would ban cash-for-access meetings, Palaszczuk declined to give a firm answer.

The opposition Liberal National Party has strongly criticised the laws, claiming unions will have an unfair advantage in election campaigning. This ignores the fact that industry lobby groups and peak councils have much larger war chests and capacity to find loopholes in such laws.

The Greens have welcomed the proposed changes but argue they do not go far enough. Berkman said the Greens were “thrilled that we will finally see measures to cap political donations, limit spending and improve public accountability in our political process”.

However, he called on Labor to go further by banning cash-for-access meetings and bringing forward debate on a bill he has before parliament to ban all corporate donations.

“The proposed laws place some limits on big donors, but corporate money will undoubtedly find ways to fund their mates in Labor and the LNP.”

“The Socialist Alliance supports the right of ordinary people to donate to or organise campaigns to advance their interests, so we reject the proposed restrictions on third-party organisations.

“If more conservative organisations also promote their views, so be it.”

In terms of government funding, Emanuel said “we support a system of public funding that guarantees all contending parties and candidates an equal chance to present their platforms before elections”.

“If funding is to be distributed per vote, there should be no threshold so that small parties and independents are not disadvantaged”.

She added, “the Queensland Electoral Commission should also be mandated to produce factual information supplied by candidates about their policies for distribution to electors”.

Rebuilding My Broken $11,000 Bentley Continental GT After ABANDONING It 2 Years Ago (It's FINISHED!)