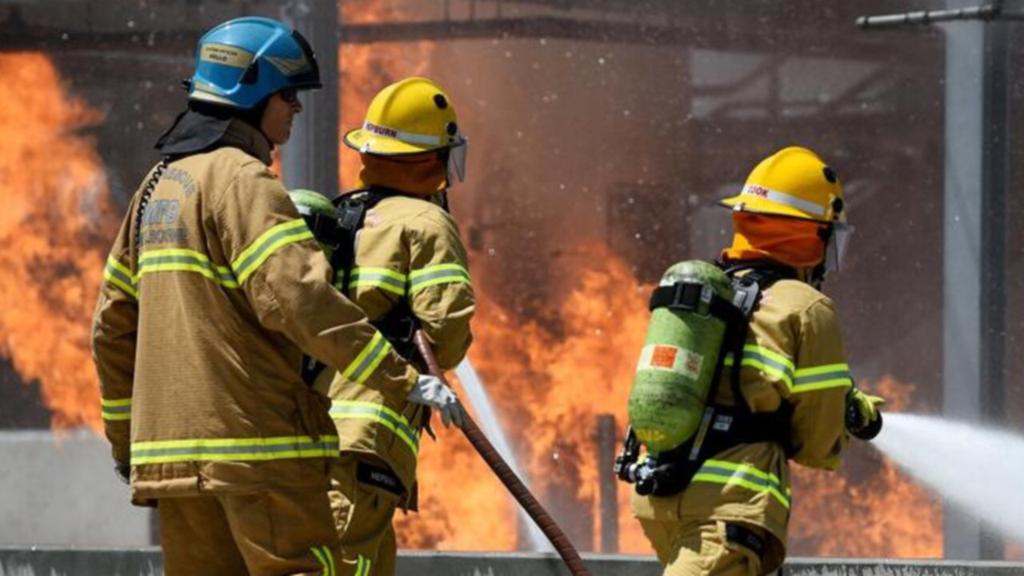 A massive factory fire has engulfed a family business in Gembrook, with locals warned of smoke haze in the area after firefighters battled the blaze for hours overnight.

The blaze at the family-owned Mountain Harvest Foods business in Mountain Rd started in the early hours of this morning.

“Our crews could see flames on the way there, it was well alight, the factory was totally involved by fire,” he said.

“We were hampered by limited water supplies and heavy rain but we managed to save 50 per cent of the plant.”

The blaze took 60 firefighters more than three hours to bring under control.

Smoke will be visible from nearby roads and communities this morning.

An advice message has been issued for Cockatoo, Gembrook, Mount Burnett.

“There is currently no threat to the community, but you should continue to stay informed and monitor conditions,” the message said.

Firefighters will be on scene for several hours extinguishing hot spots.

“I suggest we will be there for most of the day,” Commander Carrigg said.

The cause is unknown and a fire investigation will take place.