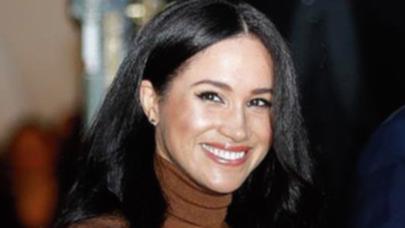 An outspoken critic of Meghan, Duchess of Sussex, has appeared on Australian television to smugly declare “you can’t say I didn’t warn you”.

British journalist Piers Morgan, has regularly targeted the Duchess in columns in the Daily Mail and on his British TV show Good Morning Britain after she famously ended their friendship when she started dating Prince Harry.

Appearing on Sunrise this morning, as the royal family deals with the fallout from Meghan and Prince Harry’s plans to step down from royal duties, Morgan has issued another stinging attack on the former Suits actress.

“The reason I keep repeating my experience with Meghan Markle is that I genuinely found it quite shocking. We were friends for about 18 months then she came to London and we met up in my local pub... she met Prince Harry and like so many other people - bang!”

Morgan said the Duchess’ “ruthless” traits first came to light around the time of her marriage to Harry, when only her mother was invited to the wedding.

Amid the fallout with her father Thomas and sister Samantha, Morgan said he realised Meghan had made a habit of cutting ties with her friends and family.

“Loads of other people said she ghosted me, she dumped me, she ditched me. And it really cemented in me a feeling that Meghan Markle isn’t quite what she seems,” he said.

“She’s actually someone who is a pretty ruthless social climber who has spent her life using people and moving on and ditching them and it’s quite an unpleasant trait.

“What makes it more serious now is now having basically ot rid of her own family she now appears to be trying to get rid of harry from his family and that is a very dangerous moment for the royal family and for the monarchy.”