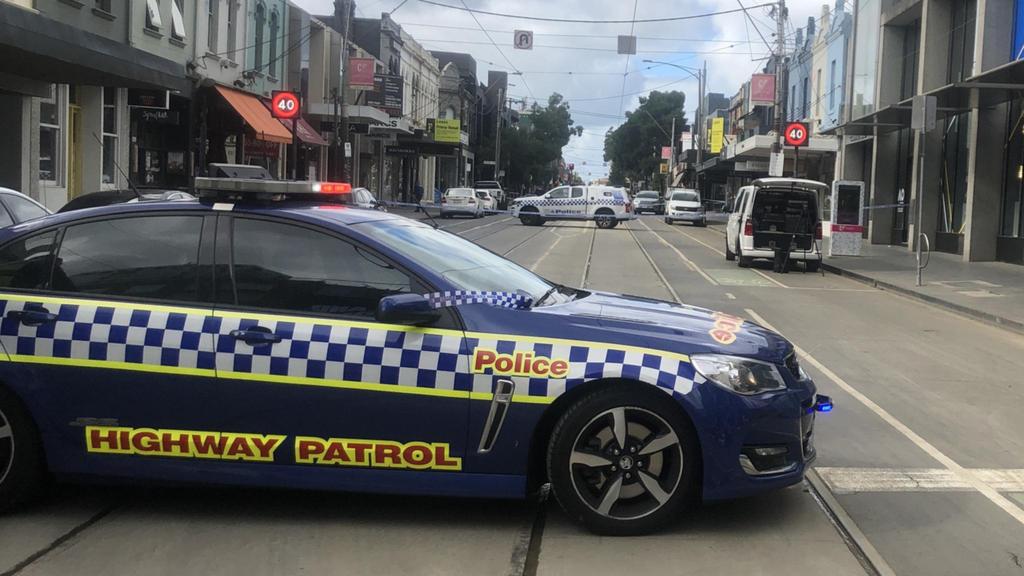 Chapel St has been closed off after the stabbing death of a man who was found on the popular nightlife hotspot before dawn. The dying man was found on the street before succumbing to his injuries.

The man, yet to be identified, was found with life-threatening injuries on Chapel St just after 5am.

— Did you witness the incident? Email [email protected]

He was taken to hospital in a critical condition but has since died.

Victoria Police spokeswoman Belinda Batty said police were “yet to determine how the man sustained his injuries and are speaking to a number of people at the scene”.

“Chapel Street is expected to be closed between Toorak Rd and Oxford St for several hours while detectives investigate,” she said.

Forensics vans are at the scene and investigators are taking pictures of a white car parked on Chapel St near the corner of Oxford St.

It’s business as usual on other parts of Chapel St, with breakfast-goers and their pets enjoying their Sunday morning.

Police urged anyone with information to call Crime Stoppers on 1800 333 or file a report at crimestoppersvic.com.au.