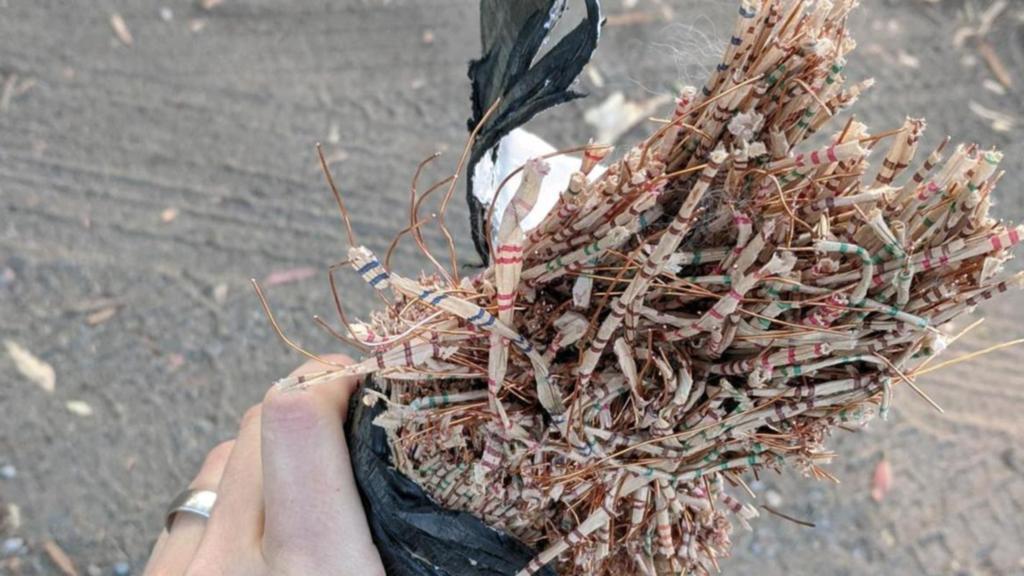 A man stole 100m of copper cable, dragged it off with his car before crashing, fleeing, and then dumping it in the road, police say.

Police say the man, 36, of Tea Tree Gully, crashed into a fence and gas meter on Smart Rd in St Agnes just before 4am on Friday before leaving the scene.

When patrols arrived they noticed scrape marks on the road, which they followed to an address in Tea Tree Gully, where the piece of copper – weighing 500kg – was found tangled and left on the road.

Police dogs Bandit and Havoc sniffed out the offending vehicle at a nearby house and the 36-year-old was arrested.

He was refused bail to appear in the Adelaide Magistrates Court, where he will face charges of theft and fail to stop after a crash.

Police are still trying to find out from where the copper was stolen.