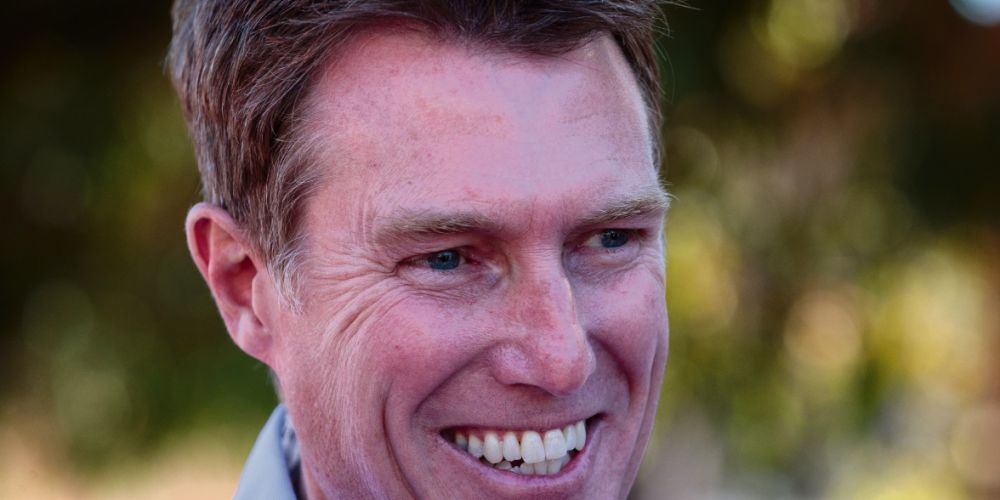 Christian Porter retained Pearce with a swing towards him, obtaining more than 56 per cent of the two-party preferred vote after more than half the votes were counted.

He thanked his supporters and also took a swipe at unions, Get Up and the ALP.

“This has been the grassroots movement that they said they were going to bring against us … this is how we won this seat,” he said.

Mr Porter told reporters the election was closer than anyone had predicted and polls were not good at predicting things on a more granular level.

Morrison gives thanks after election win

“Australians instinctively, particularly Australians who work and pay a mortgage, don’t like to be taxed more,” he said.

“So if you have a massive big target, high taxing agenda, $387 billion worth of new taxes, that is a really hard pony to sell.”

Mr Wyatt, whose campaign was bolstered this week by a visit from former prime minister John Howard, was again the victor in Hasluck.

Swan was a tight battle but Steve Irons appears to have fended off the challenge from Hannah Beazley, daughter of WA Governor and former federal Labor leader Kim Beazley.

She is yet to concede defeat but said it was not the result she wanted.

“My number one aim was to get to today and leave no stone unturned, and we did just that,” Ms Beazley said.

Labor also targeted the seat of Stirling following the retirement of former Liberal minister Michael Keenan, who held the seat since 2004.

But Stirling was won by the Liberal’s new candidate, former soldier Vince Connelly.

Canning was the fifth seat Labor had earlier had their eye on, but there was never really a doubt that conservative MP Andrew Hastie would keep his seat.

Hastie held his seat with a comfortable margin in the Federal Election.

Liberal candidate Celia Hammond easily won the blue-ribbon seat of Curtin vacated by former foreign minister Julie Bishop, although there was a swing against her.

Ms Hammond says she wants to “learn the ropes” of a newly-elected MP before tackling any ministry using her previous jobs in education and as vice-chancellor of Fremantle’s Notre Dame University.

“I want to get my feet under the desk, and get out into the electorate because over the duration of campaign I’ve found it to be larger and with a broader and more diverse demographic than it is often perceived to be,” Prof Hammond said, when asked by communitynews.com, if she wanted the ministry of education in Prime Minister Scott Morrison’s new government last night.

“I have interests in youth and mental health issues too.”

She will take over the blue-ribbon western suburbs seat left open by former Foreign Minister Julie Bishop earlier this year.

However, she had suffered a 11.1 per cent drop in her party’s primary vote at the 2016 election that was bolstered which Ms Bishop’s popularity.

At her Cottesloe beach Hotel election party, a visibly buoyant and relieved Prof Hammond thanked Ms Bishop for her energy representing the electorate.

“I want to follow in her footsteps, because she was just such a passionate advocate for her constituency,” Prof Hammond said.

Second-placed Labor’s Rob Meecham had a 1.8 per cent swing to him and 17.5 per cent of the primary vote, while the Green’s Cameron Pidgeon had an extra 1.1 per cent with 15.3 per cent of ballots.

High-profile Labor MP Anne Aly is nervously waiting to see whether she will hold her marginal seat of Cowan in Western Australia.

The Egyptian-born counter-terrorism expert became the first Muslim woman elected to federal parliament in 2016 with a margin of just 0.7 per cent.

But she has faced stiff competition from the Liberal Party’s Isaac Stewart.

Dr Aly has 51.17 per cent of the two-party preferred vote so far.

In the senate, Clive Palmer’s United Australia Party will not pick up a WA seat despite the millions of dollars poured into the campaign.

Greens senator Jordan Steele-John looks set to be re-elected but One Nation’s Peter Georgiou could miss out.

Uncharted 4 is the Best Game I've Ever Watched | Girlfriend Reviews