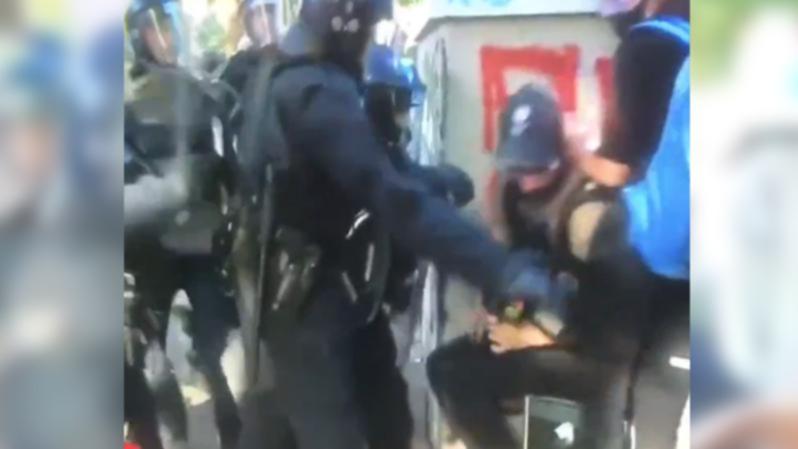 An Australian news crew has had a violent encounter with police while covering protests over the police killing of George Floyd in America.

7NEWS journalist Amelia Brace and camera operator Tim Myers were filming a rally outside the White House when they were set upon by police in riot gear.

Footage filmed by the American ABC network show the Myers being hit with a shield and punched in the face, while Brace was hit with truncheon.

“Doing their jobs while citizens bashed, shot with rubber bullets, and gassed so @realDonaldTrump can have a photo opportunity with a bible, the believers' book of peace. This is America,” wrote 7NEWS political editor Mark Riley on Twitter.

US President Donald Trump had vowed to “maximise federal law enforcement presence” in Washington after days of violent demonstrations led to fires across the city and left scores of businesses with broken windows.

“Mayors and governors must establish an overwhelming law enforcement presence until the violence has been quelled,” Mr Trump said.

“If a city or state refuses to take the actions that are necessary to defend the life and property of their residents, then I will deploy the United States military and quickly solve the problem for them.”

Cam Newton 'Tired Of Being Humble', Ready To ROAR