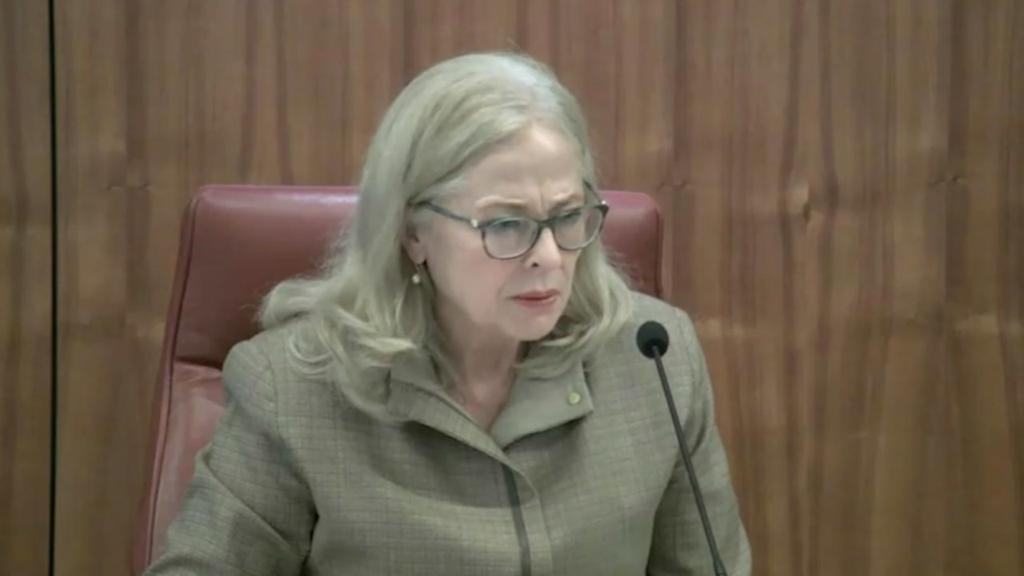 Former Victoria Police assistant commissioner Jeff Pope has been named as the source of a 2014 leak revealing lawyer Nicola Gobbo was an informer.

Homicide detective Sol Solomon recorded the allegation in a diary note after he was contacted by Herald Sun journalist Anthony Dowsley, who broke the Lawyer X story in March that year.

Dowsley contacted Mr Pope in March 2014 to ask about her claims she'd had a sexual relationship with the then-senior Victoria Police officer.

Mr Pope then contacted Mr Solomon, a royal commission into her informing heard on Tuesday.

"Pope disclosed to (Dowsley) that F was a registered human source," Mr Solomon's note said, referring to Ms Gobbo who was known as Witness F in a police prosecution against former officer Paul Dale.

Those notes were then given to other senior police, including Inspector Boris Buick and assistant commissioners Steve Fontana and Mick Frewen.

Mr Pope was one of the first witnesses called in the royal commission, where he denied allegations of a sexual relationship with the informer after recruiting her for her second stint in 1999.

He's due to return to the inquiry later this week, in the final days of public hearings.

Claims Mr Pope was the source of the leak were put to former assistant commissioner Stephen Leane on Tuesday.

Mr Leane pressed anti-corruption body IBAC to investigate the leaks in April 2014, but they refused.

He admitted it would be a "serious breach of conduct" if Mr Pope did what Mr Solomon recorded.

Public hearings into Ms Gobbo's three informer stints are due to end on Friday, a year and one day after getting underway.

Between 1995 and 2009 she gave police information about a former boyfriend, legal colleagues and her own high-profile underworld clients, including drug kingpin Tony Mokbel and killer Carl Williams.

A small number of hearings are also scheduled for April to examine legislative policy, procedural and other measures that could improve Victoria Police's management of informers who have legal obligations.

Commissioner Margaret McMurdo is due to hand down her findings on July 1.