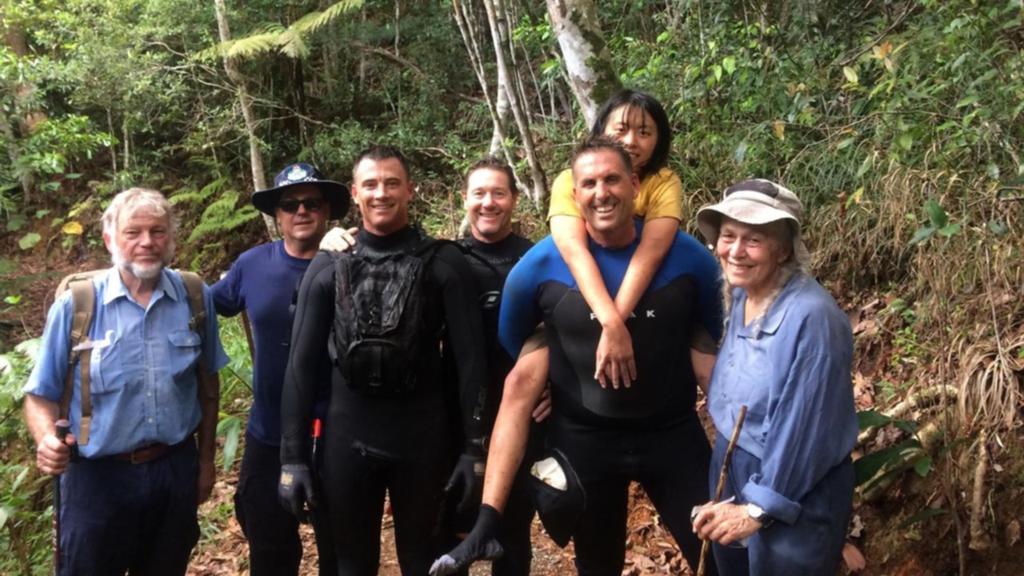 A Chinese student who survived in flooded and dense Gold Coast bushland for five days used an empty milk bottle to get by.

Yang Chen went missing on Wednesday while walking with a friend in the Tallebudgera Valley and was found by water police near Gorge Falls on Monday morning.

She spent the next five nights sheltering in caves.

Sergeant Mitch Gray from Gold Coast Water Police said Ms Chen was able to keep her hydration up during her ordeal by filling a discarded two litre milk carton each day.

Sergeant Gray said police were getting increasingly concerned, especially with creeks in the region flooding.

"You can train a lot to plan for these things but there is an element of luck and a will to live."

The 26-year-old Bond University student and her friend became separated tyring to climb over boulders.

When she tried to walk back to the car park, she panicked when the track she was following ended, Sergeant Gray said.

Police divers scaled a cliff face near Gorge Falls before she was found.

After her ordeal, she contacted her parents in China, Bond University vice chancellor Tim Brailsford said.

"Yang and I phoned her parents in China who were ecstatic with the news, and overwhelmed with gratitude," Mr Brailsford said in a statement on Tuesday.

"Yang is in surprisingly good spirits and health considering the extraordinary and traumatic experience she has been through."

Despite losing her shoes and surviving in caves, Ms Chen has no serious health concerns.

Her parents acknowledged and thanked the rescuers and hospital staff through Mr Brailsford's statement.

10 ways to get booze delivered to your door

Strict gathering measures prompt neighbourhood to get creative for octogenarian